The two sides signed agreements on transfer of sentenced persons and visa waiver for holders of diplomatic passports. 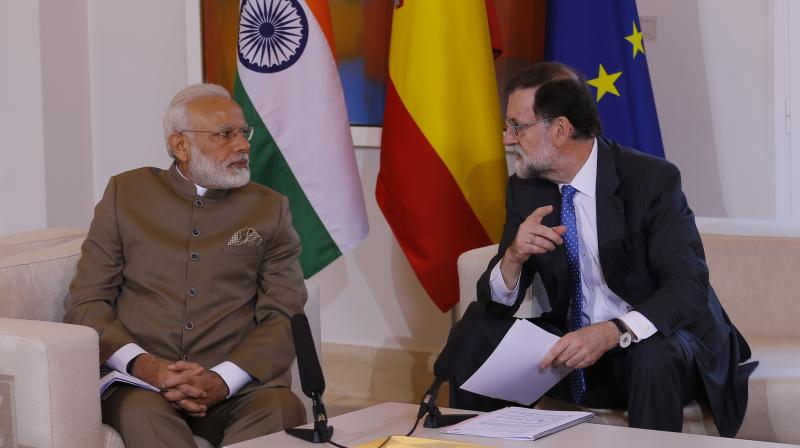 Madrid: India and Spain on Wednesday signed seven agreements, including on cyber security and technical cooperation in civil aviation, during Prime Minister Narendra
Modi's visit to the European country.

The agreements were signed after Prime Minister Modi held wide-ranging talks with Spanish President Mariano Rajoy at the Moncloa Palace in the Spanish capital.

The two sides signed agreements on transfer of sentenced persons and visa waiver for holders of diplomatic passports.

Five MoUs were signed between the two countries on cooperation in organ transplantation, cyber security, renewable energy, civil aviation and one between India's
Foreign Service Institute and Diplomatic Academy of Spain.

Modi, the first Indian prime minister to visit Spain since 1988, praised the Spanish president saying under Rajoy's leadership the country has undergone economic reforms "which is also the biggest priority of my government."