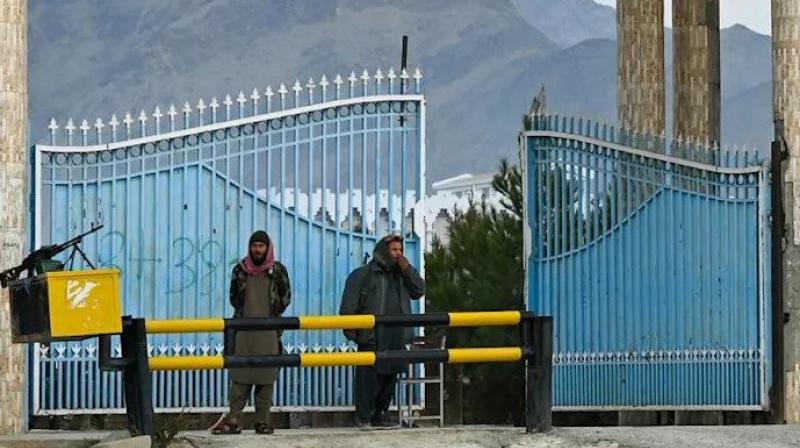 MIHTARLAM, Afghanistan: Some public universities opened in Afghanistan Wednesday for the first time since the Taliban seized power in August, with a trickle of women attending classes that officials said would be segregated by sex.

Most secondary schools for girls and all public universities were shuttered when the hardline Islamist group stormed back to power, sparking fears women would again be barred from education -- as happened during the Taliban's first rule, from 1996-2001.

"It's a moment of joy for us that our classes have started," said Zarlashta Haqmal, who studies law and political science at Nangarhar University.

"But we are still worried that the Taliban might stop them," she told AFP.

More were scheduled to resume operations elsewhere in the country later this month.

One employee said classes would be segregated, with women taught in the mornings and men in the afternoon.

The Taliban have said they have no objection to education for women, but want classes to be segregated and the curriculum based on Islamic principles.

Wednesday's reopening of some universities comes a week after a Taliban delegation held talks with Western officials in Norway, where they were pressed on improving the rights of women to unlock billions of dollars in seized assets and frozen foreign aid.

The halting of aid has triggered a humanitarian crisis in Afghanistan, which has already been devastated by decades of war.

No country has yet recognised the new Taliban regime, which has promised a softer version of the harsh rule that characterised their first stint in power.

The regime has imposed several restrictions on women that have seen them banned from many government jobs.