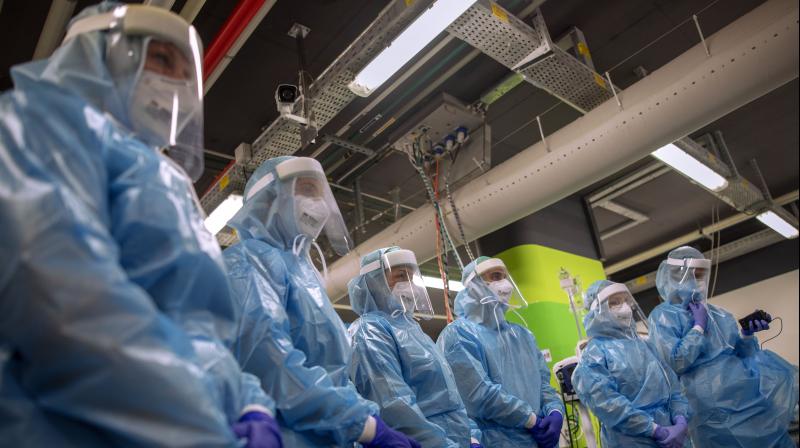 Israeli medical workers are briefed during an exercise of the new COVID-19 department at Rambam Hospital in the northern Israeli city of Haifa, Israel. (AP)

Tel Aviv: An Israeli Cabinet minister says he has tested positive for the coronavirus.

Minister for Jerusalem and Heritage Rafi Peretz tweeted late Saturday that he received a positive result after being tested the previous day. He said he felt well.

Peretz is the second Israeli minister to have been infected with the virus. Israel's former health minister, Yaakov Litzman, also contracted it and later recovered.

Israeli media reported that contact tracing was being conducted to determine whether Israeli Prime Minister Benjamin Netanyahu or other legislators would need to self-isolate following Peretz' diagnosis.

Israel is experiencing a surge in coronavirus cases after having largely contained an earlier outbreak in the spring.