Britain is looking to strike new trade deals after May last week formally activated Article 50 of the Lisbon Treaty. 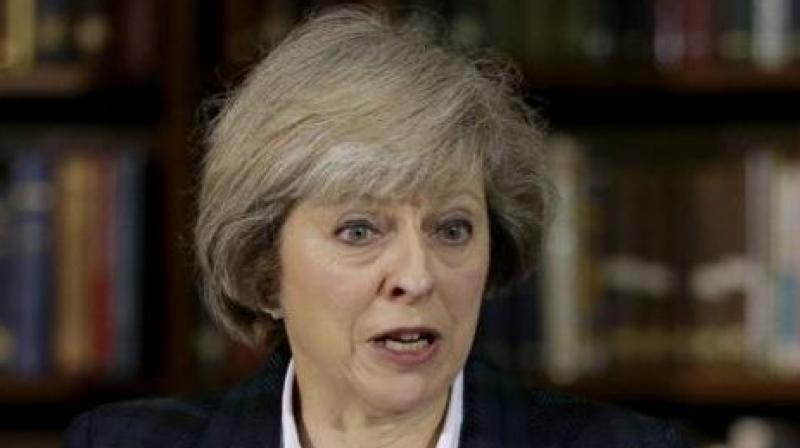 May said before leaving Britain that it was 'clearly in the UK's security and prosperity interests to support Jordan and Saudi Arabia'. (Photo: AP)

Amman: British Prime Minister Theresa May landed in Amman on Monday for a three-day trip to Jordan and Saudi Arabia focused on security and post-Brexit trade efforts.

In Jordan, May is expected to announce that British military trainers will be sent to help the country's air force fight the Islamic State group.

She will visit Saudi Arabia on Tuesday and Wednesday for talks focused on trade and investment as Britain begins the process of leaving the European Union.

Jordan's official news agency Petra reported that May had arrived in Amman where she was greeted by local officials. May said before leaving Britain that it was "clearly in the UK's security and prosperity interests to support Jordan and Saudi Arabia".

May will set out a package of measures to boost cooperation between British forces and the Royal Jordanian Air Force, which along with Britain is part of the US-led coalition bombing IS in Iraq and Syria.

"To tackle the threats we face from terrorism and from geopolitical instability, we must meet them at their source," May said, describing Jordan as "on the frontline of multiple regional crises".

In the wake of last month's deadly attack on the British parliament, she said that by working with countries like Jordan "we are helping to keep British people safe".

May said she would also discuss ways to help Jordan host a massive influx of refugees from the war in neighbouring Syria. In Riyadh, May will focus on trade, saying ahead of her trip that there is "immense potential for Saudi investment to provide a boost to the British economy."

Britain is looking to strike new trade deals after May last week formally activated Article 50 of the Lisbon Treaty, starting a two-year countdown for quitting the European Union.

Saudi Arabia is also looking at boosting its foreign investments as part of a long-term plan to diversify its economy and reduce its dependence on oil revenues.