Once popular among even the TV stars and military, Israel's strip clubs are now converted into centres for social activism 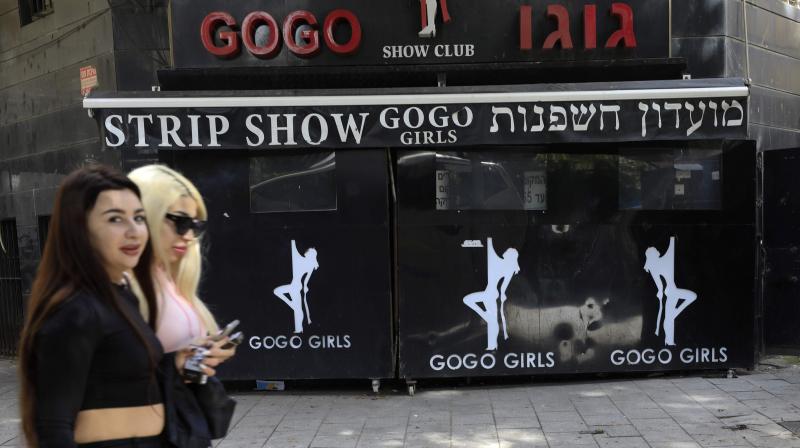 Tel Aviv: Tel Aviv's Pussycat used to bill itself as the premier strip club in the Middle East, allegedly popular among Israeli TV stars and military brass for its notorious private lounge.

Before its closure last year, the Pussycat was a magnet for hedonists in the Mediterranean commercial hub sometimes dubbed Israel's "Sin City" and known for beachside cocktails and hipster bars.

Now, the eye-catching round mirrored building near the beach that hosted the club since it was founded in 2000 has been converted into a centre for social activism, opening its doors to community programmes.

The club's demise was partly sealed by legal changes cracking down on alleged prostitution, developments which forced the closure of all of Tel Aviv's strip joints.

That was a victory for some anti-prostitution campaigners, while others insisted that properly managed strip clubs allowed women to make good money in a safe environment.

The transformation of the Pussycat was the work of activist Yakir Segev, a former member of Jerusalem's city council and business executive now devoted to social causes.

The Pussycat, which faced a series of legal challenges over alleged prostitution, "couldn't be fixed", Segev told AFP.

When a real estate company bought the site that hosted the Pussycat last year, Segev convinced the firm to allow the space to be converted at least temporarily into a hub for social activism.

"They gave up millions of shekels every year in order to get the club out and us in," Segev told AFP, calling the decision "truly admirable".

Segev now offers audio tours of the site telling the club's story, which he said raises awareness about sexual exploitation.

During a tour in February, before Israel went into coronavirus lockdown, an area once inhabited by pole dancers hosted a support group for young mothers working in high-tech, as their babies were parked nearby.

And right next to what was the "private lounge", Eritrean refugees were learning the basics of Israeli cuisine.

VIPs who wanted to avoid being spotted could use a discreet staircase connecting a basement parking lot straight to the private lounge.

The lounge "welcomed TV stars and army generals", according to Segev's audio tour.

Activists insist the lounge was nothing but a brothel.

When women "took the key for the private room, the receptionist would give them a condom", she said. "It was the same story in all the clubs."

The demise of Tel Aviv's strip clubs was accelerated in 2018 when Israel's parliament, the Knesset, passed a law banning brothels.

But the final straw came in April last year when the public prosecutor issued a directive to clamp down on lap dances, arguing they could in some cases be viewed as prostitution.

A former strip club employee, who requested anonymity, said lap dances were an essential part of a stripper's income, offering them a chance to earn substantial tips.

"If there is no private room, the girls will not dance on the stage. The stage was the business card for the private room," she said.

Some sought permits to reopen, vowing to prohibit lap dances and private rooms, but those plans have been placed on hold by the pandemic.

That was a victory for activists like Segev, who argued the Pussycat's transformation into a venue for social change "gives people a lot of hope".

"We are not naive to think that those phenomenon (of prostitution and sexual exploitation) are going to disappear from the face of the Earth," he said.

"We didn't close all the strip clubs in Israel and prostitution still exists," he said.

But converting a symbol like the Pussycat into an NGO hub could be a catalyst for broader social change.

Not everyone, however, thinks Segev's achievement was positive.

Agam, a dancer with jet black hair who asked that her last name be withheld, was among a group of women who joined a protest in February against the club closures.

Some wore cat masks at the demonstration in Tel Aviv to demand the bars reopen.

"We are all adults," she told AFP. "We make our own decisions... A girl can leave (work at a club) whenever she wants."

Agam insisted she would rather work in a club with rules and staff who provide protection rather than dance for men at private homes "without any control on who we meet".