World   Middle East  03 May 2020  Over a lakh Indians in UAE want to come back home
World, Middle East

Over a lakh Indians in UAE want to come back home

The coronavirus has infected 13,599 people and claimed 119 lives in the UAE 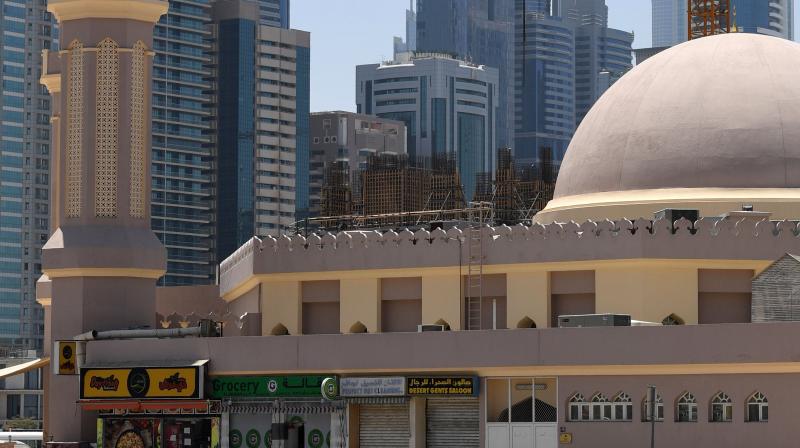 A mosque in dubai. (AFP photo)

Dubai: Over 150,000 Indians in the UAE, who wish to return home amid the coronavirus lockdown, have applied through the online registration process to the Indian missions here, according to media reports.

The Indian missions in the country last week opened online registration for the expatriates who wish to fly back home after getting stuck in the country amidst the lockdown due to the coronavirus pandemic.

As of 6 pm on Saturday, we received more than 150,000 registrations, Consul General of India in Dubai Vipul told the Gulf News on Saturday.

A quarter of them want to return to their homeland after losing their jobs, he said.

According to a report in the Khaleej Times on Sunday, about 40 per cent of the applicants who have registered are blue-collared workers and 20 per cent are working professionals.

"Roughly 20 per cent have suffered job losses and about 55 per cent of the total applicants are from Kerala," Neeraj Aggarwal, Consul, Press, Information, Culture was quoted as saying in the report.

Aggarwal said that the figures would change as they are expecting registrations from workers from other states, including Telangana, Uttar Pradesh, and Bihar.

About 10 per cent of the applicants are visit and tourist visa holders who got stranded here due to the ongoing lockdown in India.

India extended the ongoing lockdown by two weeks from May 4 to contain the spread of the coronavirus that has affected nearly 40,000 people in the country.

Aggarwal said that a small number of the applications constitute those from pregnant women and other medical cases.

Since the online registration process was launched, the Consulate's website crashed several times due to the heavy rush of applicants wishing to register to fly back home.

The site has been working fine now though it took a lot of time for it to stabilise in the initial phase due to the heavy traffic, the counsel general said.

He said that the missions here have not yet received any information from the Indian government about the mode of transport of the stranded citizens, the prices of the tickets or how the COVID-19 test results of applicants would be assessed for their journey.

There are high-level discussions going on regarding these things, he said in the report.

Meanwhile, Norka (The Non Resident Keralites Affairs) said it has received a total of 398,000 applications from Keralites across the globe who wish to return home.

"Of which, the highest numbers are from the UAE. At least 175,423 applicants have signed up from the UAE," Norka said in an official statement on Saturday.

The coronavirus has infected 13,599 people and claimed 119 lives in the UAE, the Ministry of Health and Prevention said on Saturday.