Iraqi forces retook the cities of Ramadi and Fallujah from ISIS, but the jihadists still hold areas in western Anbar. 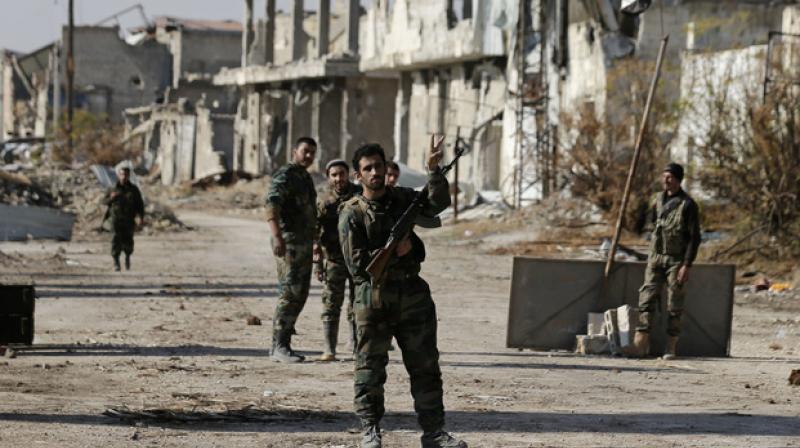 Baghdad: A suicide bomber attacked a camp for displaced Iraqis in Anbar province on Monday, killing 14 people, a police major and a doctor said.

The blast at the 60 Kilo camp west of Anbar capital Ramadi also wounded 13 people. The doctor and the major both said that most of the victims were women and children, but the officer also said that two security personnel including a captain were among the dead.

Adnan Fayhan, the head of the local council in the Al-Wafaa area, where the camp is located, said that there were 110 people residing in it when the attack occurred. "All the displaced people in the camp will be brought to the 18 Kilo camp west of Ramadi," as it is "safer and receives more aid," Fayhan said.

"The 60 Kilo camp will be closed after all the displaced people have been brought to the 18 Kilo camp," he said. There was no immediate claim of responsibility for the attack, but the Islamic State jihadist group frequently carries out suicide bombings targeting civilians in Iraq.

Iraqi forces retook the cities of Ramadi and Fallujah from ISIS, but the jihadists still hold areas in western Anbar, and the province still faces major security challenges.

ISIS overran large areas north and west of Baghdad in 2014, but Iraqi forces backed by US-led air strikes and other support have since regained much of the territory they lost.