We welcome the decision to lift the electronic devices ban on flights between Abu Dhabi and US, official statement said. 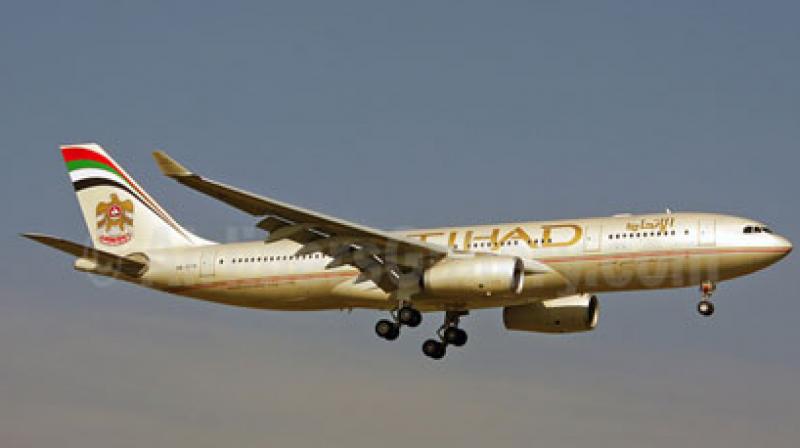 Washington has promised to lift its March ban affecting the 10 airports when airliners adhere to additional security measures. (File Photo)

Washington: The United States has lifted a ban on passengers taking laptops and tablet computers on Etihad Airways flights from its base in the Emirati capital Abu Dhabi, authorities said Sunday.

The move -- welcomed by Etihad -- comes more than three months after the United States prohibited such devices on direct flights from 10 airports in Turkey, the Middle East and North Africa.

Etihad is the first airliner to benefit from a lift in the ban, which specified that carry-on laptops and other electronic devices larger than cellphones would not be permitted in the cabin on direct flights from the airports, including Abu Dhabi.

The ban was implemented after intelligence officials learned of efforts by the Islamic State group to fashion a bomb that could be secreted inside such devices.

The decision to lift the ban on US-bound Etihad flights from Abu Dhabi came after the airline implemented enhanced security measures, said David Lapan, spokesman for the US Department of Homeland Security.

"We commend Etihad for working swiftly to implement these additional measures," he said. "Their efforts are a model for both foreign and domestic airlines looking to adopt the new measures."

Lapan said the specific measures that were put in place were confidential, but added that passengers and electronic devices would face additional screening. Etihad Aviation Group applauded the decision.

"We welcome the decision by the US Department of Homeland Security to lift the electronic devices ban on flights between Abu Dhabi and the United States, following the successful validation of security measures at the US Preclearance facility at Abu Dhabi airport earlier today," a statement said.

"Effective immediately, the removal of the restrictions allows passengers flying to the US to carry all laptops, tablets, and other electronic devices onto the aircraft, subject to enhanced security measures," it added.

Etihad said its passengers flying to the United States from Abu Dhabi International Airport "clear US Immigration and Customs at the US Preclearance facility in Terminal 3".

"When guests land in the US, they arrive as domestic passengers with no requirement to queue for immigration and custom checks again," it added, saying the facility was the only one of its kind in the region.

In addition to the 10-airport ban, the United States announced on June 28 that it would impose stricter security measures on all US-bound flights, regardless of origin.

Washington has promised to lift its March ban affecting the 10 airports when airliners adhere to additional security measures.

Britain announced a similar ban on personal electronic devices for flights originating from six countries, but not the United Arab Emirates.