In a historic call, US president Trump spoke to Taliban leader, urgung peace 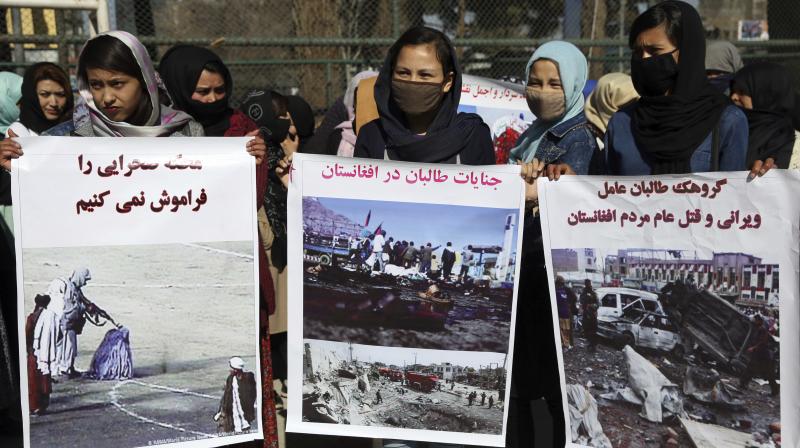 Kabul: The Taliban killed at least 20 Afghan soldiers and policemen in a string of overnight attacks, government officials told AFP, hours after ending a partial truce and throwing into doubt peace talks between Kabul and the insurgents.

The intra-Afghan negotiations are due to begin March 10 according to a US-Taliban deal signed in Doha on Saturday, but a dispute over a prisoner swap has raised questions about whether they will go ahead.

The agreement includes a commitment for the Taliban to release up to 1,000 prisoners and for the Afghan government to free around 5,000 insurgent captives -- something the militants have cited as a prerequisite for talks.

US President Donald Trump spoke to deputy Taliban leader Mullah Abdul Ghani Baradar and discussed progress towards achieving peace in Afghanistan, the White House has said, the first known call between an American president and the militant group.

The historic telephonic conversation took place a day after the Taliban ended the partial truce amidst renewed violence in the war-torn country, raising doubt over the intra-Afghan negotiations that are scheduled to begin on March 10.

During the call on Tuesday, Trump “emphasised the need to continue the reduction in violence, which made possible the signing of the historic United States-Taliban agreement on February 29,” the White House said in a readout of the telephonic conversation.

The president stated that the US stands ready to continue its support for the Afghan people as they pursue a peace settlement, it said.

“He (Trump) also urged the Taliban to participate in intra-Afghan negotiations with representatives of the Government of the Islamic Republic of Afghanistan, as well as other Afghans, with the goal of ending more than 40 years of war,” the White House said.

“I spoke to the leader of the Taliban today. We had a very good talk,” Trump told reporters.

After 18 years of war, the US and the Taliban signed the peace deal in Doha on Saturday to facilitate intra-Afghan dialogue in Oslo this month and the withdrawal of all foreign forces from Afghanistan in 14 months.