Qarabagh district is located 50 kilometres north of the capital Kabul and is near Bagram Airbase, the largest American base in Afghanistan. 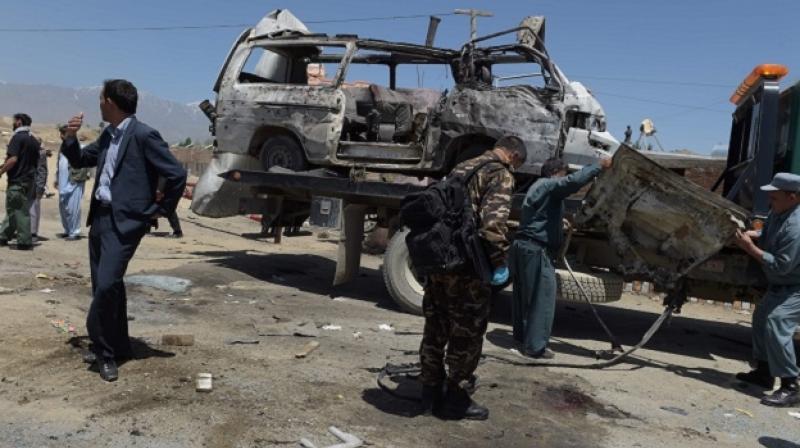 Civilians were also reported to have been wounded in the nighttime attack. (Photo: Representational/AFP)

"The patrol was conducting a partnered mission with the Afghan National Army when a personnel-borne IED (improvised explosive device) detonated," in Qarabagh district in Kabul province," NATO said in a statement.

The Taliban quickly claimed the attack on social media and in Whatsapp messages to journalists. Qarabagh district is located 50 kilometres north of the capital Kabul and is near Bagram Airbase, the largest American base in Afghanistan.

"One Resolute Support Soldier was killed and six personnel (five troops and one interpreter) were wounded Thursday evening when their patrol was attacked by a suicide bomber," Nato said referring to the name of its Afghan mission.

"The RS personnel who were wounded are being treated at the US military hospital at Bagram Airfield. All of the wounded are listed in stable condition," it added. The nationality of the dead soldier and injured was not immediately known.

Civilians were also reported to have been wounded in the nighttime attack.

"#Afghanistan explosion in Qarabagh district, 12 wounded brought to our #Kabul hospital so far," tweeted an Italian-run hospital in the capital which specialises in dealing with victims of bombings.

The attack came a day after a Taliban suicide bomber killed two US soldiers in Afghanistan's restive southern province of Kandahar when he rammed a vehicle filled with explosives into a convoy of foreign forces.