When Iran exports fall after US sanctions, Saudi to open its oil tap

Saudi is only producer with significant spare capacity of around 2 million bpd that can be tapped to compensate loss of Iranian supplies. 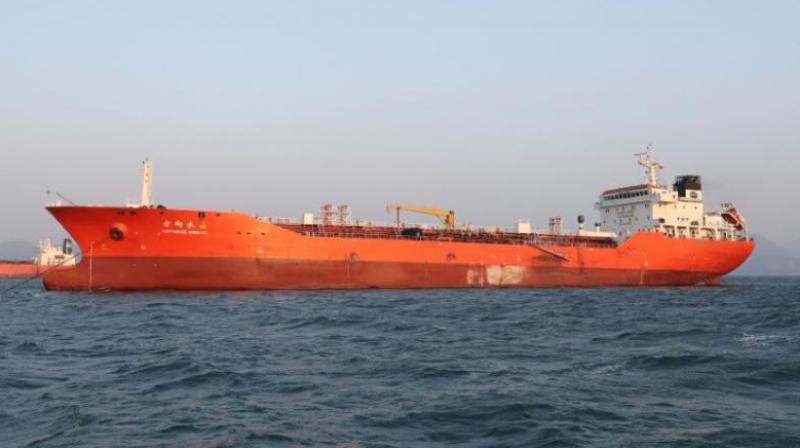 Iranian officials are betting on the unstable market conditions to beat US sanctions. (Representational Image)

The renewal of sanctions on the Islamic republic comes at a time of major supply disruptions in several producer nations and as US President Donald Trump aims to prevent an oil price hike.

Analysts expect that Iran's oil exports, which reach around 2.5 million barrels per day in normal times, to plunge by one million to two million bpd when sanctions take effect on November 5.

That is expected to strain an already tight market.

Outages in Libya, Venezuela, Nigeria, Mexico, Angola and others forced OPEC and non-OPEC producers in June to abandon an agreed cut in output and boost supplies.

"We are entering a very crucial period for the oil market," the International Energy Agency said in a September report. "Things are tightening up."

Saudi Arabia is the only producer with significant spare capacity of around two million bpd that can be tapped into to compensate for the loss of Iranian supplies.

The kingdom has been under scrutiny after Saudi journalist Jamal Khashoggi -- the former royal court insider-turned-critic -- was killed in his country's consulate in Istanbul in October.

Even as relations soured between the West and Riyadh over the murder of the Washington Post contributor, Saudi Arabia said it had no plans to wage a retaliatory oil embargo.

Saudi Energy Minister Khalid al-Falih said his country, which raised output by 700,000 bpd to 10.7 million bpd in October, was prepared to further bump up production to 12 million bpd.

"We have sanctions on Iran and nobody has a clue what Iranian exports will be," he told the Russian news agency Tass last week.

In addition, there are potential declines in Libya, Nigeria, Mexico and Venezuela, he said, also pointing to uncertainty over US shale oil production.

Falih said the kingdom could turn to its huge strategic reserves of around 300 billion barrels to meet global demand.

Anas al-Hajji, a Houston-based oil expert, said the fall in Iranian exports was tough to assess but he expected "less than what most analysts are talking about".

"The Iranians have perfected their game working under sanctions. There will be a black market for Iranian crude," Hajji told news agency AFP.

Saudi Arabia's neighbours the United Arab Emirates and Kuwait can also raise their output by up to 300,000 bpd if needed.

"It is very unlikely... They never even did 11 million bpd on a sustainable basis... Its unsustainable," Harami said.

OPEC is constrained by low spare capacity in a tight market under threat from unplanned outages, low investment and unpredictable geopolitical unrest.

Iranian officials are betting on the unstable market conditions to beat US sanctions.

Tehran sold oil to private buyers through its energy exchange for the first time on October 28, as part of efforts to counter the imminent return of sanctions.

Some estimates show Iran's crude exports have already dropped by a third since May with even companies from traditional clients China and India abandoning purchases.

Hajji said he believes the market is well-supplied and that Saudi Arabia does not need to exceed production of 11 million bpd.

"They (Saudi) have 12 million bpd capacity, but there is no need for Saudi Arabia to use all its spare capacity," he said.

"People forget that demand declines in the first quarter relative to the fourth quarter, and the IEA expects a one million bpd decline," Hajji said.