The cabinet approved an emergency plan by the Education Ministry to repair 50 schools in the eastern sector over six months. 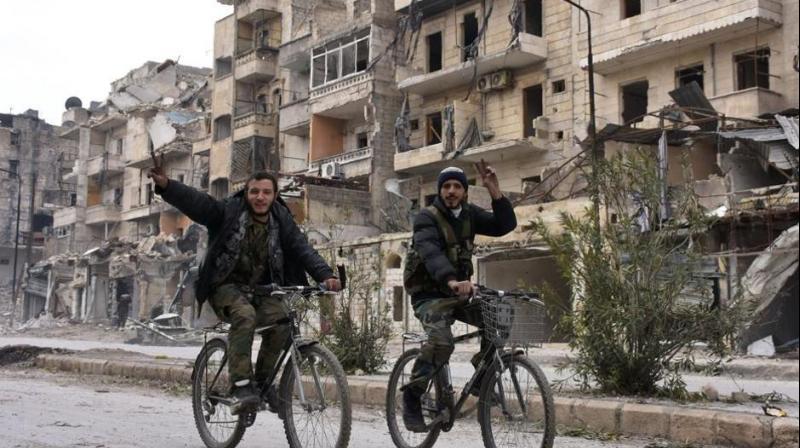 Damascus: The Syrian government on Saturday decided a plan of works to restore services, industry and security to the war-ravaged northern city of Aleppo, state media reported.

Aleppo, split into a government-held west and rebel-held east since the early days of the almost six-year Syrian conflict, became a focal point of the war.

Months of fierce air strikes and siege on the eastern sector destroyed infrastructure, homes and hospitals before the government and its allies took control over the last remaining rebel pocket in late December.

The cabinet said it had a plan to secure electricity, water and fuel supplies, assess which buildings could be repaired, and open roads so citizens could lead normal lives, media reported.

The cabinet approved an emergency plan by the Education Ministry to repair 50 schools in the eastern sector over six months. By the start of the next academic year, it wants to have repaired 100 schools.

The plan also includes the rehabilitation of five health centres and two hospitals, as well as the renovation of Aleppo’s international airport and 18 km of train track.

Aleppo was Syria’s most populous pre-war city and a commercial and industrial powerhouse, and the government said it also plans to rehabilitate industry.