Iran is battling one of the deadliest coronavirus outbreaks which it says has killed close to 4,000 people and infected more than 64,500 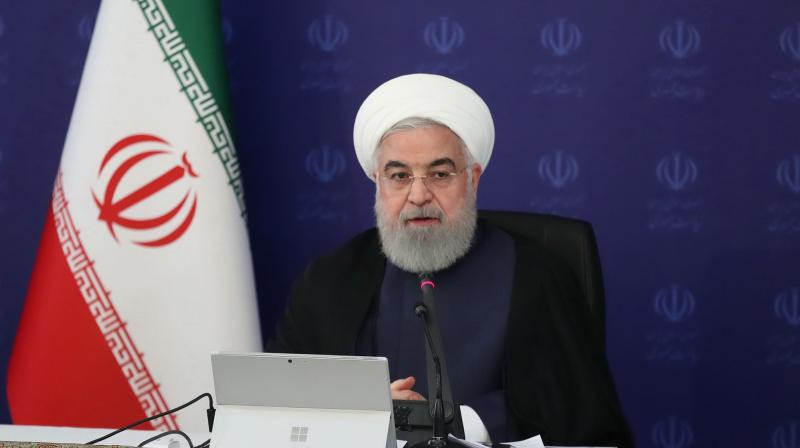 Iranian President Hassan Rouhani urged the International Monetary Fund on Wednesday to give the sanctions-hit country a $5 billion emergency loan to combat its novel coronavirus outbreak.

The Islamic republic is battling one of the world's deadliest coronavirus outbreaks which it says has killed close to 4,000 people and infected more than 64,500.

There has been speculation abroad that the real number of deaths and infections could be higher.

Iran has said it needs what would be its first IMF loan in over half a century to continue fighting the virus.

But its arch enemy the United States, which effectively holds a veto at the IMF, is reportedly set to block the loan, arguing Iran will use the funds for military purposes.

"I urge all international organisations to fulfil their duties," Rouhani said during a cabinet meeting.

"We are a member of the IMF... if there's going to be any discrimination between Iran and others in giving loans, neither we nor world opinion will tolerate it."

Iran announced on March 12 that it had requested the loan.

The country has not received assistance from the IMF since a "standby credit" issued between 1960 and 1962, according to IMF figures.

According to the IMF's website, a Rapid Financial Instrument "is available to all member countries facing an urgent balance of payments need".

"If they do not act on their duties in this difficult situation, the world will judge them in a different way," Rouhani said.

US Secretary of State Mike Pompeo charged in a recent interview that Iran would use any economic relief to pursue nuclear weapons and back Shiite militias in Iraq that the administration blames for a wave of attacks on bases used by US troops.

"You see the way... the regime is treating their people in this time of enormous crisis. You see the way that they continue to spend money," Pompeo told conservative radio host Hugh Hewitt.

US President Donald Trump's administration has waged a campaign of "maximum pressure" on Iran since it withdrew from a landmark nuclear deal in 2018.

It has since imposed wave after wave of crippling sanctions that target key sectors of Iran's economy such as oil sales and banking.

Iran has repeatedly called on the Trump administration to reverse its sanctions policy, which has been opposed even by some US allies, particularly since the COVID-19 pandemic hit.