Intelligence sources reveal that the Indian consulate in Kandahar has been kept on high alert against a Taliban attack. 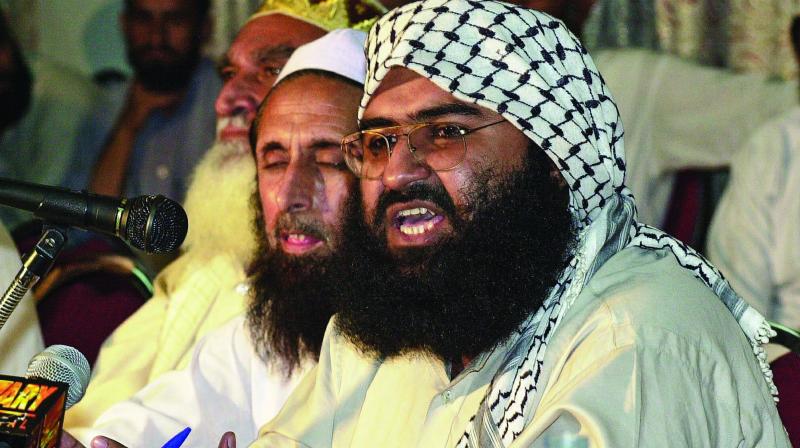 It is indicated that these terror groups are shifting their base in Afghanistan near the international border in areas including Kandahar and Kunar. (Photo: File)

Kabul: Intelligence inputs have revealed that Pakistan-based terror outfits Jaish-e-Mohammed (JeM) and Lashkar-e-Taiba (LeT) have joined hands with Afghan insurgent groups like Haqqani Network and Afghan Taliban after the launch of Balakot air strike by the Indian Air Force (IAF) on February 26.

It is indicated that these terror groups are shifting their base in Afghanistan near the international border in areas including Kandahar and Kunar.

The IAF jets attacked JeM's terror camp in Balakot after the February 14 attack by a suicide bomber on a CRPF convoy in Pulwama in Jammu and Kashmir.

Sources reveal that Pakistan-based terror outfits are shifting their base across the border in Afghanistan to avoid blacklisting of Pakistan by the Financial Action Task Force (FATF) later this year.

India wanted Pakistan to be placed on the blacklist, a move that would negatively impact Pakistan's economy.

After facing intense international pressure, the Pakistan-based terror outfits are hiding in safe havens in Taliban-dominated areas in Afghanistan. They are even posing a threat to the Indian diplomatic establishments, including the Indian Embassy in Kabul.

Intelligence sources reveal that the Indian consulate in Kandahar has been kept on high alert against a Taliban attack.

The revelation about JeM and LeT treats in Afghanistan came after the arrest of Jaish terrorists Sediq Akbar and Ataullah by Afghan National Security Force from Jalalabad earlier this year.

Sources also reveal that JeM chief Masood Azhar was offered shelter in Afghanistan by the Haqqani Network earlier this year. However, Masood feels himself safe under the protection of Pakistan Army in Bahawalpur.

A Pentagon report earlier this year revealed that the US considers LeT as one of the greatest threats to Washington and its allied forces in war-torn Afghanistan, where at least 300 fighters from the terror group are active.

Responsible for the 2008 Mumbai terror attacks, the LeT is designated as a global terror organisation by the US and the UN.

The report said that among the 20 prominent terrorist organisations active in Afghanistan, LeT ranks fifth in terms of fighters along with al-Qaeda and Islamic Movement of Uzbekistan.

The rising footprint of JeM will pose more threats to people and security agencies in Afghanistan.