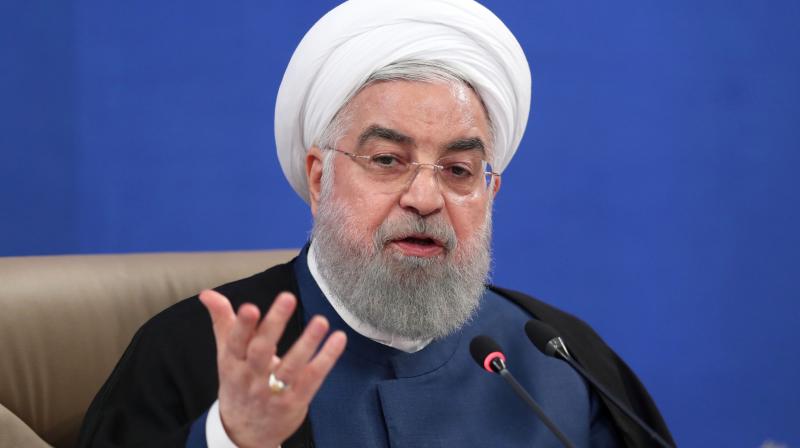 United Nations: Iran is urging the United Nations to hold the United States accountable for the interception of an Iranian passenger plane by two US fighter jets in the skies over Syria last month, which it called an unlawful and an adventuristic act.

Iran's UN ambassador, Majid Takht Ravanchi, said in identical letters to UN Secretary-General Antonio Guterres and the UN Security Council circulated Friday that Iran expresses its strongest objections against this violation of international law and will pursue the issue through relevant international bodies.

Ravanchi said a Mahan Airlines Airbus A310 en route from Tehran to Beirut on July 23 was aggressively and unexpectedly intercepted by two US F-15 fighter jets while travelling through internationally specified air corridors in Syria's airspace.

In reaction to the offensive and hazardous manoeuvrings of the United States fighter jets and in order to save the civil aircraft and passengers' lives, the airliner had to change altitude abruptly, causing injuries to the passengers onboard, the ambassador said.

US Navy Capt. Bill Urban, a Central Command spokesman, told The Associated Press at the time of the incident that a US F-15 conducted a standard visual inspection of the Iranian plane at a safe distance of approximately 1,000 meters (3,280 feet) from the airliner.

He said the inspection was meant to ensure the safety of US coalition troops in al-Tanf in Syria as the plane was flying over that area. He said once the aircraft was identified as a passenger plane, the F-15 safely opened distance from the aircraft.

The Iranian ambassador said that in line with provisions of the Convention on International Civil Aviation, Iran's civil aviation organization contacted Syrian authorities and called for a prompt and accurate investigation of the incident.

He said Iranian authorities also launched an investigation after the plane returned from Beirut.

The results of both investigations will be released after the revision and finalization of the collected data and information by both teams, Ravanchi said.

It is obvious that the act by the United States fighter jets is a flagrant violation of the aviation security and freedom of civil aviation reflected in the 1944 Chicago Convention on International Civil Aviation and its relevant annexes as well as an infringement of the 1971 Montreal Convention for the Suppression of Unlawful Acts against the Safety of Civil Aviation, he said.

Ravanchi said: It is incumbent upon the United Nations to reject such an unlawful and yet adventuristic act and hold the United States accountable for this irresponsible behaviour.