According to sources, over 35 people were wounded in clashes near the capital city's Shuhada Bridge. 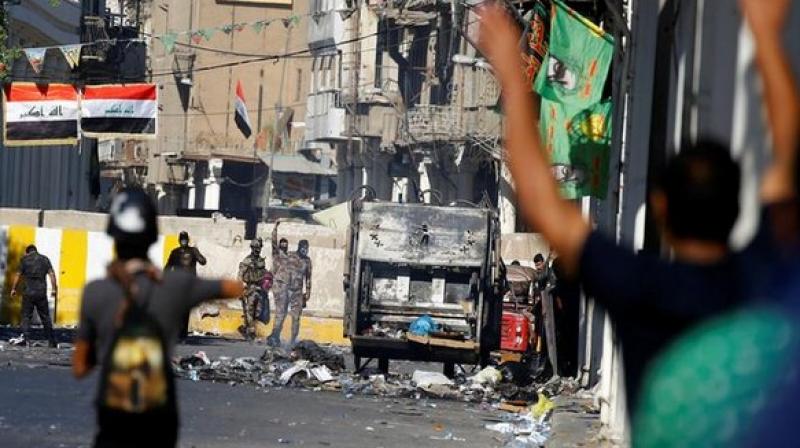 The demonstrators were trying to reach the Green Zone, which houses government offices and foreign embassies. (Photo: ANI)

Baghdad: Six demonstrators in Baghdad and five others in Basra were shot dead by Iraq's security forces on Thursday as they were trying to remove barriers blocking their march in Central Baghdad, the police and medical officials said.

The demonstrators were trying to reach the Green Zone, which houses government offices and foreign embassies.

According to sources, over 35 people were wounded in clashes near the capital city's Shuhada Bridge as mass protests continued for a 13th-straight day, reported Al Jazeera.

As the demonstrators tried to remove barriers near two bridges that lead to the western bank of the Tigris River, the security forces have blocked all the bridges leading to the Green Zone.

As per security officials, additional security arrangements were made at the entrances leading to the Green Zone.

Demanding political change, tens of thousands of protestors have taken to the streets since October in Baghdad and other parts of the country. The agitators complain of widespread corruption, a lack of job opportunities and poor basic services, including regular power cuts despite Iraq's vast oil reserves.

It is estimated that as many as 250 people have been killed since the unrest erupted on October 1.