The CIA has reportedly concluded that the prince himself was closely linked to the murder, a charge vigorously denied by Riyadh. 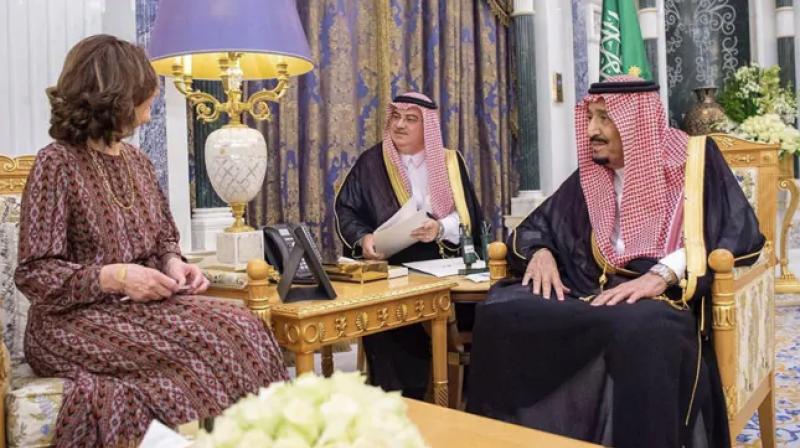 The king and Gina Haspel "discussed a number of topics of mutual interest", the official Saudi Press Agency said, without offering details.

The meeting in Riyadh was attended by a number of Saudi officials including Foreign Minister Prince Faisal bin Farhan and intelligence chief Khalid al-Humaidan.

Haspel's visit comes after a US court on Wednesday charged three people, including two Saudis, with spying on Twitter users critical of the kingdom's royal family.

A senior Saudi official, speaking on condition of anonymity, said that the kingdom had not yet looked at the criminal complaint.

"But what I can tell you is that we expect all our citizens to abide by the laws of the countries in which they live," the official told reporters in Washington.

Ties between firm allies Washington and Riyadh have been strained over the brutal murder last year of Saudi journalist Jamal Khashoggi.

A critic of Prince Mohammed, Khashoggi was killed and dismembered by Saudi agents inside the kingdom's consulate in Istanbul.

The CIA has reportedly concluded that the prince himself was closely linked to the murder, a charge vigorously denied by Riyadh.

The Saudi official said that President Donald Trump's administration was aware that "Saudi Arabia is taking steps to deal with this issue".