Civilians continued to stream out of the ever-shrinking enclave, residents and opposition groups said. 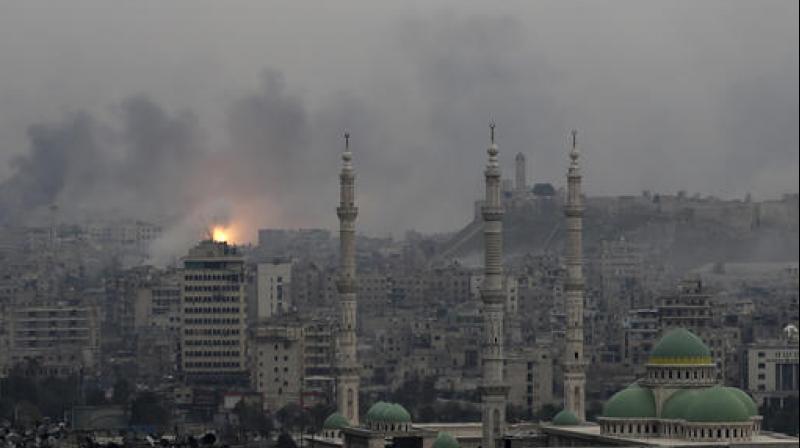 Beirut: Syrian troops and allied forces shelled eastern Aleppo on Friday despite Russia's announcement that the Syrian army was suspending combat operations to allow for the evacuation of civilians from besieged rebel-held districts.

Civilians continued to stream out of the ever-shrinking enclave, residents and opposition groups said, but efforts to evacuate hundreds of wounded people faltered despite pleas from medical officials earlier this week.

Rebel defenses have crumbled in the face of a wide-ranging government offensive, which opened a number of fronts at once and was preceded by an intensive aerial campaign. More than three-quarters of the rebel sector has now fallen, including the symbolically important ancient Aleppo quarters.

Tens of thousands of residents have fled to western Aleppo, and those remaining are now cornered in the southern part of the formerly rebel-held east.

A hospital administrator in eastern Aleppo said medics have submitted lists with names of patients who need to be evacuated from hospitals.

"There hasn't been a response yet and the shelling continues," he said, speaking on condition of anonymity for fear of retaliation.

Russia's military, meanwhile, said it has helped more than 8,000 civilians leave the rebel-controlled eastern part of Aleppo in the last 24 hours.

Russian Foreign Minister Sergey Lavrov, speaking in Germany after talks with U.S. Secretary of State John Kerry, said military experts and diplomats would meet Saturday in Geneva to work out details of the rebels' exit from Aleppo's eastern neighborhoods, along with civilians who are willing to leave the city.