EU should resist 'economic terrorism' committed by US against Iran: Rouhani

The US withdrawal from the JCPOA has had nothing, but the adverse impact on the interaction among the countries and regional stability. 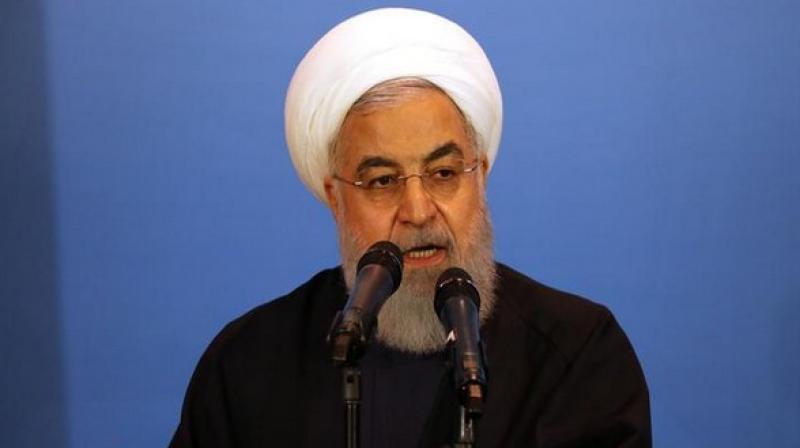 He made the comments during a meeting with German Foreign Minister Heiko Maas in Tehran. (Photo: ANI)

Tehran: Iranian President Hassan Rouhani on Monday said that the European Union should resist the "economic terrorism" committed by the United States against Iran and fulfil its obligation under the 2015 nuclear deal.

The US withdrawal from the JCPOA has had nothing, but the adverse impact on the interaction among the countries and regional stability. If EU states maintain that JCPOA benefits Iran and EU ties as well as regional stability and peace, it should take practical steps to save the deal," IRNA quoted Rouhani as saying.

He made the comments during a meeting with German Foreign Minister Heiko Maas in Tehran.

Accusing the US of breaching the nuclear agreement, Rouhani said that Washington launched "terrorist actions" in the reaction and added that the EU did not have any "responsible reactions" from their side.

"The US is moving on track of economic terrorism with its oppressive sanctions," he said.

The Iranian President asserted that his country took steps in ensuring stability in the region and is fighting against terror in countries including Afghanistan, Iraq and Syria.

On the other hand, Maas talked about the escalation of tensions in the Middle East saying, "We and the EU are seeking to reduce tensions in the region and will spare no effort in this respect."

Disregarding the US' withdrawal from the nuclear deal, Maas noted that Germany is against Washington's policies and Berlin is trying to save the agreement by cooperating with EU states particularly France and the UK.

Ties between the US and Iran soured after Washington pulled out of the 2015 nuclear deal or the Joint Comprehensive Plan of Action (JCPOA) last year.

Following this, the US slapped a multitude of sanctions on Iran, citing the latter's support to state-sponsored terrorism and conflicts.

The historic 2015 deal between Iran and world powers including the EU and the US, offered sanctions relief to Iran for scaling back its nuclear programme.

The US has remained rooted to its stand, saying it would continue to "impose maximum pressure" against Iran till the regime gives up its "destabilising ambitions" of expanding its nuclear programme.

Washington also recently announced that no fresh sanction waivers will be issued for Iranian oil imports to eight countries, including India.