The remains of the four Palestinian men are currently in Israeli custody. 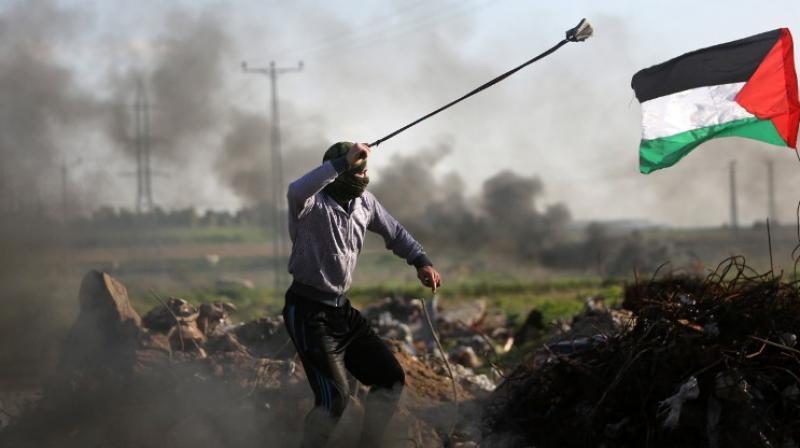 The four Palestinians, all of them men, were allegedly armed with AK-47 assault rifles, hand grenades and a rocket-propelled grenade launcher. (Photo: Representational)

Gaza City: Israeli troops on Saturday gunned down four Palestinian nationals near a security fence with the strife-torn Gaza Strip.

The four Palestinians, all of them men, were allegedly armed with AK-47 assault rifles, hand grenades and a rocket-propelled grenade launcher, the Israeli Army was quoted by Anadolu News Agency as saying in a statement.

The remains of the four Palestinian men are currently in Israeli custody.

The incident enraged the Hamas, the group ruling the Gaza Strip, terming it a "new Israeli crime" against the Palestinians.

"Israel is responsible for anger and pressure in Gaza as a result of the blockade," Hamas spokesperson Abdel-Latif al-Qanua said in a statement.

In May, the Israeli government and Hamas had reached an informal ceasefire to end the surge of violence around the Gaza border.

Since last year, the Palestinians have been staging weekly demonstrations demanding an end to Israel's 12-year blockade of the Gaza Strip, which has affected nearly two million people from getting access to basic needs.

Around 270 people have died and a thousand others injured in clashes with Israeli forces in the Gaza protests.