World   Middle East  12 May 2017  Al-Qaeda in Yemen to reward AK-47 for first prize winner of its quiz
World, Middle East 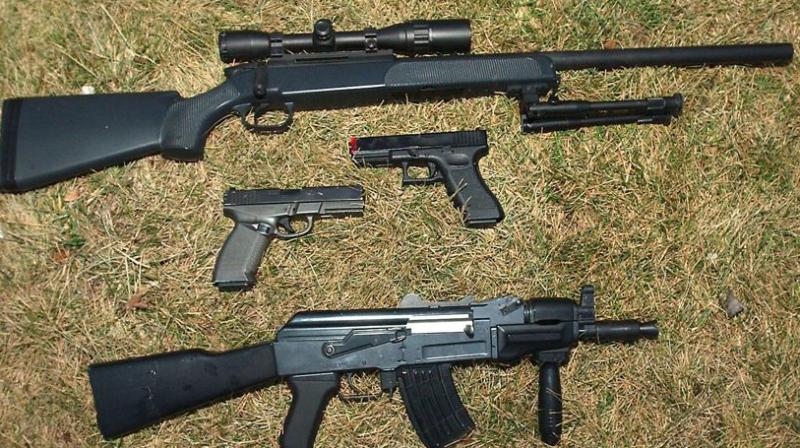 Al-Qaeda’s Yemeni branch, one of the most active in the militant network, has taken advantage of the chaos in the country to strengthen its positions, particularly in remote southern regions. (Photo: AP/Representational)

Dubai: Al-Qaeda has started reaching out for recruits in Yemen by handing out quiz sheets, with an AK-47 assault rifle as top prize, residents and media said.

Militants have been touring the south-western city of Taiz in the build-up to the Muslim holy month of Ramadan, putting up posters advertising the contest, residents reported. They encourage people to pick up the sheets from group members. Most of the questions focus on the organisation’s interpretation of Islam.

“Name three articles of the (Yemeni) constitution which contradict Islamic Law,” read one on a sheet seen by Reuters.

“Any person who follows a law other than Islamic law is an infidel who must be killed. List three (scriptural) references for this,” asked another.

The first prize was a Chinese-made AK-47, the second a motorcycle and the third a laptop.

The sheets did not give details on where to submit entries, but residents told Reuters the group’s offices and mosques in the city were widely known.

Al-Qaeda’s Yemeni branch, one of the most active in the militant network, has taken advantage of the chaos in the country to strengthen its positions, particularly in remote southern regions.