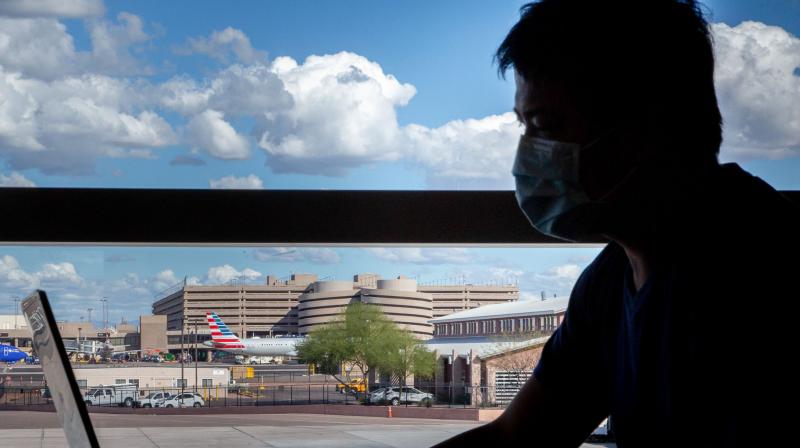 Tehran: Iranian President Hassan Rouhani has appealed to heads of other countries facing the sanctions imposed by the United States, to stop observing the stringent measures and informed how efforts to fight the coronavirus pandemic in his country have been severely hampered by them.

"In a letter to counterparts, President Hassan Rouhani informed how efforts to fight the #COVID19 pandemic in Iran have been severely hampered by US sanctions, urging them to cease observing them," the foreign minister Javad Zarif said on Twitter.

"It is immoral to let a bully kill innocents. Viruses recognize no politics or geography. Nor should we," Zarif added.

According to local media reports, Rouhani, in a letter penned to a number of world leaders on Saturday, said that confronting the infection, officially known as COVID-19, required coordinated regional and international actions.

"No country can manage this huge, dangerous crisis alone, let alone if it has many difficulties accessing international financial markets and supplying its needed goods," the president wrote in the letter cited by Tehran-based Mehr news agency.

Meanwhile, in his recent letter to UN chief, Zarif said, "While the virus ravages our cities and towns, our population--unlike those of other countries affected--suffer under the most severe and indiscriminate campaign of economic terrorism in history, imposed illegally and extra-territorially by the US government since it reneged on its commitments under Security Council Resolution 2231 in May 2018."

On Saturday, the head of the Public Relations and Information Center of the Ministry of Health and Medical Education Kianoush Jahanpour said that 12,729 people have so far been infected with the deadly coronavirus in Iran, 611 of whom have died while 4,339 have recovered.

During a visit to Iran, the worst-hit country by the epidemic in the Middle East, WHO Emergency Director for the Regional Office Richard Brennan praised the "comprehensive and coordinated approach" implemented by the Iranian government, especially in the areas of patient management, laboratories, and risk communication.

The US sanctions on Iran have caused a severe shortage of medical supplies. Tehran has repeatedly called for lifting what it called the "inhuman" sanctions imposed by the United States, which has so far turned a deaf ear to Iran's calls.