He made the remarks while briefing reporters on cross-border smuggling and killing of Bangladesh nationals. 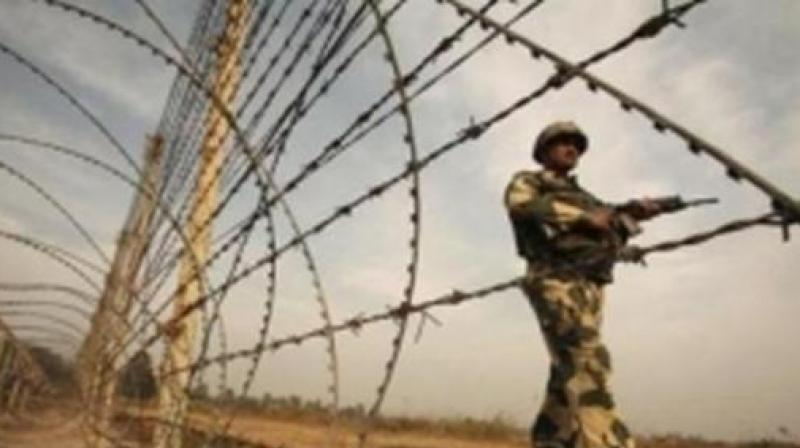 BGB Regional Commander Brigadier Jalal said, 'Smuggling through border cannot be fully stopped as it is associated with the livelihood of poor people dwelling in the border areas.' (Photo: ANI I Representational)

Rangpur: Border Guards Bangladesh (BGB) on Monday said that smuggling through border cannot be fully stopped as it is associated with the livelihood of poor people dwelling in border areas. It also expressed dissatisfaction over the action taken by Border Security Force (BSF) against intruders and smugglers.

BGB Regional Commander Brigadier Jalal said, "Smuggling through border cannot be fully stopped as it is associated with the livelihood of poor people dwelling in the border areas."

When asked about smugglers attacking BSF personnel, the BGB officer said, "Involved smugglers are mostly poor. Taking smuggling to zero point is very difficult. I am trying to say that they should not be killed. Please catch them and hand over to the police for necessary legal action."

He made the remarks while briefing reporters on cross-border smuggling and killing of Bangladesh nationals during the second day of their (media personnel) visit here.

While presenting the data on smuggling, he said that total incidents of smuggling have gone down which is a very positive sign. The BGB officer asserted that mainly poor people are involved in smuggling of drugs and cattle at large or small scale.

He also stressed that a Bangladeshi cannot smuggle cattle alone without help from their partners across the border.

Expressing dissatisfaction over the action taken by BSF on intruders and smugglers, he said that the number of killing and torture of Bangladeshi Nationals has gone up in 2019.

According to statistics he presented, 15 Bangladesh Nationals have been killed while 12 got severely injured till July 8 this year.

Jalal said, "Figures actually do not show the real scenario. It may be even worse. I point towards zero tolerance on killings."

He, however, said that he has no data on BSF personnel being attacked or killed by smugglers.

He proposed the way of maximum interaction between two forces so that torture and killing could not happen.

On being asked why Bangladesh is putting such blame when both countries have agreed to use non-lethal weapons, he said that this is the unfortunate truth.
While speaking on cattle smuggling, he laid emphasis on the involvement of certain groups from both sides.

Issues like drug supply and terrorism were also a part of his presentation. However, he refused to comment on the issue of "Rohingyas."
Reacting to the development, a BSF officer said that Bangladesh is a friendly country.

"We respect human rights. We adopt the non-lethal strategy. We use Pump Action gun to injure, not to kill them. We are in communication with our counterparts, he said.