Erdogan hosted the emir for the talks at his presidential palace in the capital Ankara, the Turkish presidency said in a statement. 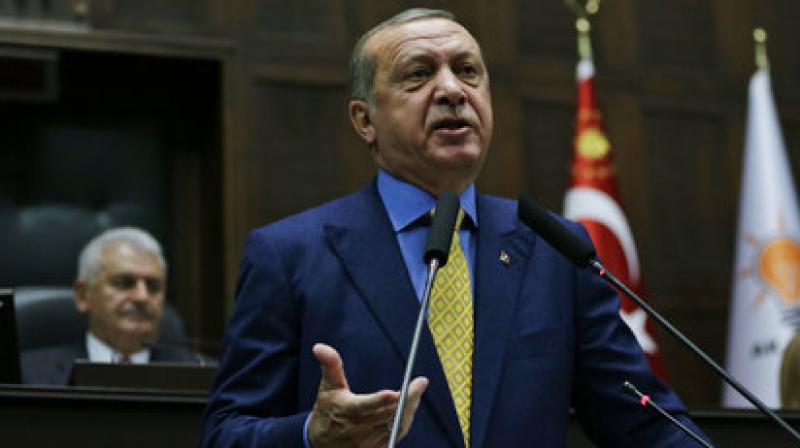 Erdogan hosted the emir for the talks at his presidential palace in the capital Ankara, the Turkish presidency said in a statement.

Both leaders emphasised the importance of solving the crisis in the Gulf diplomatically and vowed to further bolster relations between Ankara and Doha, said Turkish presidential sources, cited by the state-run Anadolu news agency.

They were also joined in the two-and-half hour meeting by Energy Minister and Erdogan's son-in-law Berat Albayrak, images showed.

Erdogan has been a major supporter of Doha in the crisis that has seen Qatar left diplomatically and economically isolated.

On June 5, Saudi Arabia, Bahrain, the United Arab Emirates and Egypt cut ties with Qatar accusing it of backing extremism and fostering ties with their Shiite rival Iran.

Doha, however, denies the claims and Ankara has insisted there is absolutely no evidence to back the allegations.

Erdogan has strongly spoken out against the sanctions applied by Saudi Arabia, Bahrain, the United Arab Emirates and Egypt against Doha.

In a show of solidarity, Turkey has also sent cargo ships and hundreds of planes loaded with food products to break the embargo on Doha.

After visiting Turkey, the emir is due to visit Berlin on Friday for talks with German Chancellor Angela Merkel, his first trip to a western capital since the crisis began.

Erdogan in July embarked on a regional tour of the Gulf countries, with visits to Saudi Arabia, Kuwait and Qatar in a bid to defuse the crisis.

But his visit ended without any sign of a breakthrough and Ankara has shown signs of preferring to leave mediation efforts to Kuwait.

Over the last years, Qatar has emerged as Turkey's number one ally in the Middle East, with Ankara and Doha closely coordinating their positions on a number of issues including the Syria conflict where both are staunch foes of President Bashar al-Assad.

Ankara has built a military base in Qatar and reportedly already deployed around 200 troops there. The closure of the base was one of the conditions laid by the Saudi-led bloc for the lifting of the sanctions, which was rejected by Doha.

But Turkey also does not want to wreck its own relations with regional kingpin Saudi Arabia and its hugely powerful new Crown Prince Mohammed bin Salman.

Erdogan has carefully worked to improve Ankara's relations with Riyadh which took a blow over the 2013 ousting of president Mohamed Morsi in Egypt, a close ally of Ankara.