'The right to choose one’s attire is a right shared by men and women equally,' said Ursula. 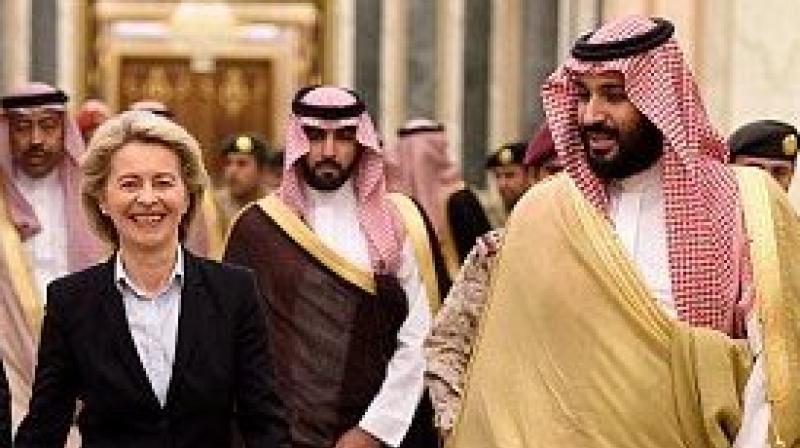 Ursula's meeting with Saudi Arabia's crown prince was not welcomed by many Saudis who took to Twitter to express their anger. (Photo: Twitter)

Riyadh: Days after German Chancellor Angela Merkel called for a 'burqa' ban in the country saying the refugee crisis "must never be repeated", German minister Ursula von der Leyen refused to wear a burqa during her visit to Saudi Arabia.

During her visit to the Middle Eastern country, Ursula and her team did not wear the traditional Islamic outfit and veil. Instead they chose to don a formal suit.

She met Deputy Crown Prince Mohammed bin Salman al Saud. Her meeting with the crown prince was not welcomed by many Saudis who took to Twitter to express their anger, reported The Sun.

"No woman in my delegation will be required to wear the abaya, as the right to choose one’s attire is a right shared by men and women equally," an Iranian newspaper said quoting Ursula.

Earlier, calling for a ban on the traditional Abaya, Merkel said "The full-face veil is not acceptable in our country. It should be banned, wherever it is legally possible."

Support for bans on full-face veils has been growing across Europe since France became the first country to implement such a law in 2011, followed by countries including Belgium, Bulgaria and parts of Switzerland.