News feed: A victim of fiction

A Syrian refugee in Germany takes on the biggest social networks as he fights the spread of malice that has specifically targeted him. 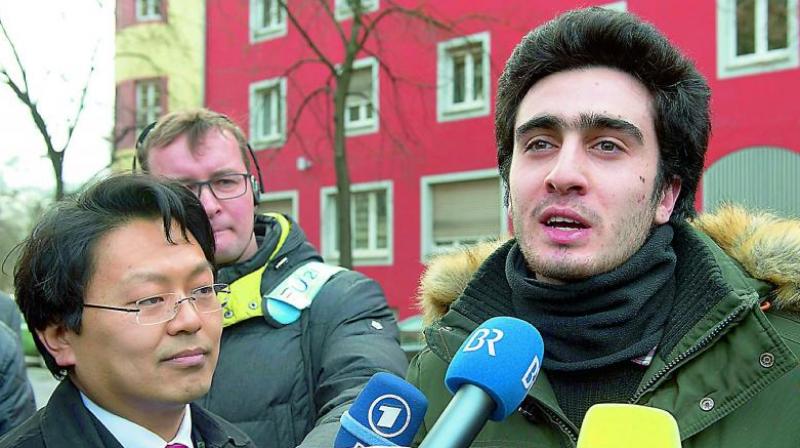 Anas Modamani’s selfie was morphed alongside posts which claimed he was even responsible for the Brussels Airport bombing in March, 2016, which killed 32 people. Posts claimed he had also committed murders.

Anas Modamani arrived in Germany from Syria, as winter closed in on the host country. Like the thousands who had fled war and hunger, Modamani was relieved. A foreign country had opened its doors for those left without shelter or hope — humanity’s best were at work here.

But matters soon went downhill. In the September of 2015, Modamani, then 19, was photographed taking a selfie with German chancellor Angela Merkel. Merkel was on a visit to a refugee shelter in Berlin’s Spandau. That photo — of Modamani and Merkel — soon became a symbol of Germany’s pro-refugee policy. The chancellor was praised by backers for providing a home when most of Europe was rushing to shutter doors and windows and the snap found prominent place across Germany’s newspapers.

Those opposing the refugee influx though, found a way to twist the milestone picture around. Propagators of fake news on social media started using Modamani's image — linking it to posts related to terrorism.  “For the first five months, I thought it was a good luck charm. But now I think it's bad luck,” CNN quoted the youngster as saying. The spread of misinformation was absolutely vile. His photo was morphed alongside posts which claimed he was even responsible for the Brussels Airport bombing in March, 2016, which killed 32 people. The photo went viral and the Syrian found himself bang in the middle of another fight.

Which is why, last week, the teenager availed legal options to move against Facebook. He wants the social media giant to stop his images from being uploaded, instead of just waiting for them to be flagged. His case is similar to incidents of fake news, false claims and downright lies that are being spread in India and across the world, often by people hoping to prop up certain political arguments against refugees. The case seeks a halt on a machine that’s seemingly out of control. Basically, Modamani wants the fiction to stop, because it has done some very real damage.  “Whenever something happens in the news related to refugees, his picture reappears,” Modamani's lawyer, Chan-jo Jun, told the Thomson Reuters Foundation. 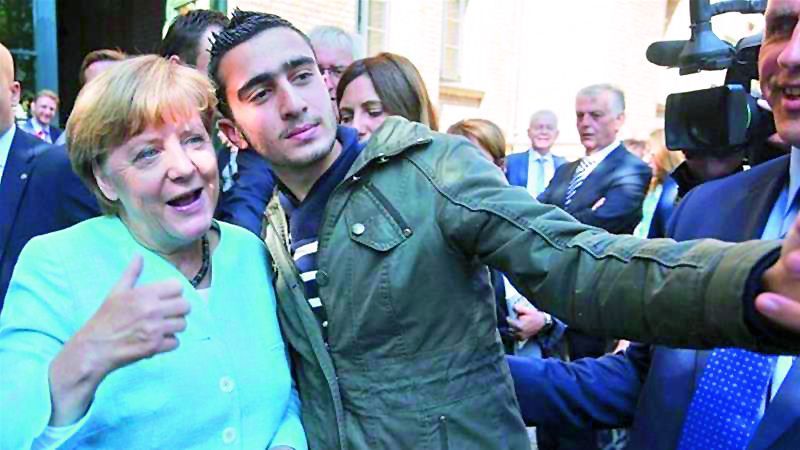 Anas Modamani’s famous 2015 selfie with German chancellor Angela Merkel was turned around by those opposing the leader’s pro-refugee policies.

Facebook in its defence has claimed it’s not responsible for the spread of Modamani's photos. The social network says individual users are to blame and the company’s lawyers add that it has done everything to delete images saying it was now up to its “community” to flag and help delete the images.

“We are committed to meeting our obligations under German law in relation to content which is shared by people on our platform. We have already quickly disabled access to content that has been accurately reported to us by Modamani’s legal representatives, so we do not believe that legal action here is necessary or that it is the most effective way to resolve the situation,” a statement read.

Arguments that have been dismissed as “ridiculous” by those representing Modamani who insist Facebook has the tech to instantly spot and remove offending photos.

For now, a judge in Würzburg, Bavaria, has said a ruling in the case can be expected on March 7. Until then, it’s an anxious wait for Modamani, who works at a fastfood outlet in Berlin.

“I want peace in my life. Not everyone believes that. Many people hate me, but all I did was take a selfie with Ms. Merkel,” he told reporters after last Monday’s hearing.