Ties between India and Israel, into the 27th year now, strengthened with Modi's historic visit in 2017 during first term, Kapoor told. 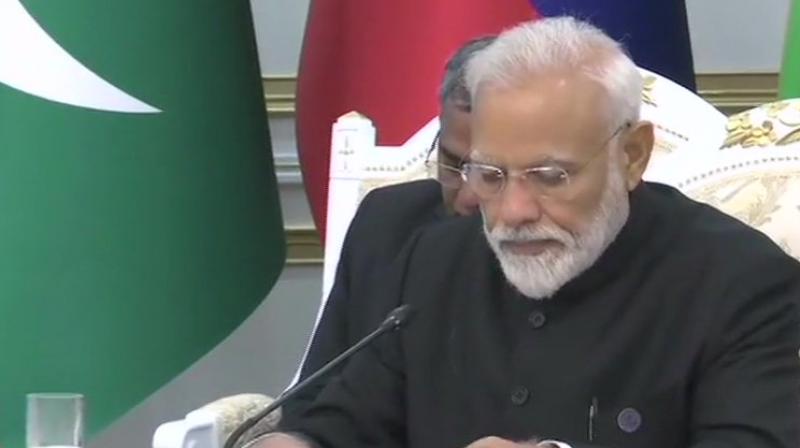 Tel Aviv: Prime Minister Narendra Modi and his Israeli counterpart Benjamin Netanyahu have used their "excellent" personal equation to deepen the bilateral ties which are moving in an "upward trajectory", India's Ambassador to Israel Pavan Kapoor has said.

Ties between India and Israel, into the 27th year now, strengthened with Modi's historic visit to the country in July 2017 during first term, Kapoor told PTI.

Stating that the relationship is moving in an "upward trajectory", the envoy said, "Modi and Netanyahu share an excellent equation and it is in their tenure that we have had Modi coming to Israel for the first time and Netanyahu visiting India".

Modi visited Israel in July 2017, the first visit by an Indian prime minister in 70 years. During the historic visit, the personal chemistry and the warmth between Modi and Netanyahu, also known as Bibi, were apparent not only in their prepared remarks but also their repeated hugs.

In their prepared speeches, both leaders described each other as, "my friend" and embraced each other three times. Ambassador Kapoor said that a lot of people from India and Israel are travelling to each other's countries for work and leisure and that has pushed tourism.

"I think what both (Modi and Netanyahu) have tried to do is to build this connection between the institutions so that the relationship grows in all sectors. They have expanded and deepened the relationship in several areas and it is bound to increase," Kapoor said.

He specifically singled out the post-conscription visits by Israelis to India as a special draw to find "solace". "People of both countries are spending, experiencing each other's countries. A large number of Israeli people travel to India after their military service and they go and find solace (in India), they spend many months travelling and they have a good experience," he said.

Indian tourist arrivals to Israel has jumped to 70,000 last year from 12,000 earlier, he said. "It is a Holy Land... we have a lot of pilgrimage tourist coming in for visit to Jerusalem," Kapoor said. He said yoga, which originated in ancient India, is popular in Israel too.

"Yoga is very popular here. The popularity for yoga is huge, the number of yoga teachers per capita is highest in this country," he said.

Speaking about the cultural similarities, the envoy said that just like Indians, Jewish people have close ties with families and sit down for dinners Friday evening. Talking about the presence of Indians in Israel, Kapoor said, "About 12,000 to 13,000 Indian nationals stay in Israel and bulk of them are in caregiving industry and help the elderly folks in Israel. Then we have about 25 to 30 Gujarati diamond merchant families who have been here for many years and they are doing good business".

However, even before that, Israel had a Consulate in Mumbai, operating since 1953.