Air traffic at Ben Gurion airport came to a halt at 0600 GMT after Jewish state's powerful Histadrut trade union called for the strike. 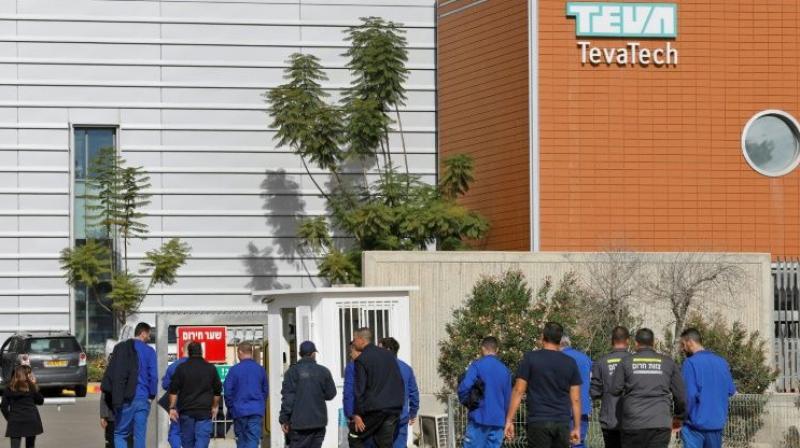 Many flights set to depart on Sunday morning were rescheduled to leave earlier so only seven flights were cancelled due to the strike, say the sources. (Photo: AFP/ Representational)

Jerusalem: Flights at Israel's main airport were suspended on Sunday as part of a strike against plans by pharmaceutical giant Teva to shed employees, airport sources said.

Air traffic at Ben Gurion airport in Tel Aviv came to a halt at 0600 GMT after the Jewish state's powerful Histadrut trade union called for the strike which was set to last for four hours.

Many flights set to depart on Sunday morning were rescheduled to leave earlier so only seven flights were cancelled due to the strike, the sources said.

Teva will make 1,750 employees redundant in Israel as part of plans to slash 14,000 jobs globally over two years, according to Histadrut head Avi Nissenkorn.

Teva Pharmaceutical Industries, the world's largest producer of generic drugs, has said its reductions would be across-the-board and in all its locations.

The cuts would amount to more than a quarter of the Israeli drugmaker's global workforce of over 55,000, of which fewer than 7,000 work in Israel.

The "solidarity" strike was also set to include ports, banks, ministries, and other sectors, Histadrut said.

Protests were expected on Sunday in front of Prime Minister Benjamin Netanyahu's offices in Jerusalem.

The premier is expected to meet Teva's chief executive Kare Schultz next week to try to convince him to reduce the number of layoffs, his office has said.

Teva has been saddled with debt after its USD 40 billion acquisition of the generics arm of rival Allergan in 2016.

The acquisition has been accompanied by low prices for generics, particularly in the United States, a major market.

Teva expects to save USD 3 billion by the end of 2019 with the two-year restructuring plan.

According to Histadrut, Teva has received USD 6.2 billion in tax reductions since 2006.