Iran's parliament on Tuesday voted to streamline a bill that would increase funding for the country's missile programme. 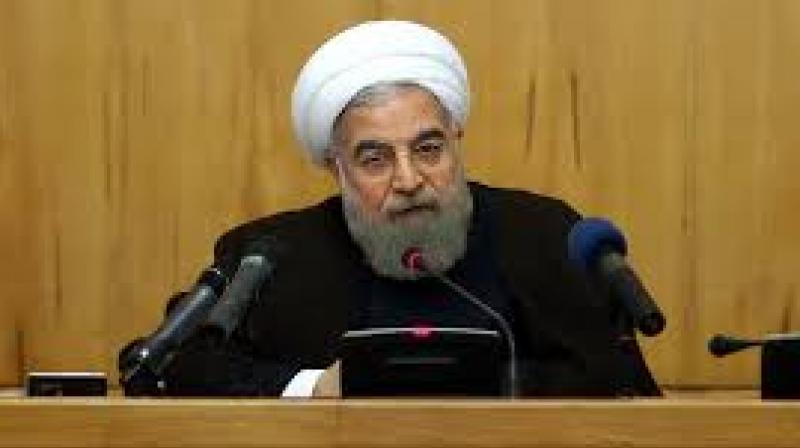 Tehran: Iranian President Hassan Rouhani said Wednesday that Tehran would "respond appropriately" to new US sanctions but that Iran remained committed to its nuclear deal with world powers.

"The Islamic Republic of Iran will always stick to its international commitments," Rouhani said in a televised cabinet meeting.

But if the US wants "to press forward with new sanctions under any pretext... the great nation of Iran will respond appropriately," he said.

"We will not forgive violations by the Americans and we will stand against them."

His comments came a day after the US and Iran traded tit-for-tat sanctions over the Islamic republic's ballistic missile programme.

The State Department slapped sanctions on 18 individuals and entities in Iran, hours after the White House admitted Tehran was sticking to the 2015 agreement.

Iran hit back with its own sanctions against "American people and entities that have acted against the Iranian people and other Muslim peoples of the region."

"On one hand they send official reports to Congress verifying that Iran has been completely loyal to the nuclear deal," Rouhani said.

"On other hand they seek new sanctions under various excuses against logic (and) the spirit and text" of the accord, he said.

Iran's parliament on Tuesday voted to streamline a bill that would increase funding for the country's missile programme and Revolutionary Guards in response to Washington's "adventurism" in the region.

An overwhelming majority of lawmakers voted to prioritise the motion that would see an additional $260 million allocated to developing the missile programme and the same amount to the elite Revolutionary Guards' foreign operations wing, the Quds Force.

He said Washington was pushing Iran to "abandon its commitments" and that the US was "worried over improved economic relations between Iran and Asia and Europe".

"We are happy that so far the 5+1 (world powers) have stood strongly to protect" the nuclear deal, he said.