After failing to win majority, Netanyahu calls on rival Gantz to form unity govt together

With nearly 95 per cent of votes counted Thursday, Gantz's Blue and White party stood at 33 seats in Israel's 120-seat Parliament. 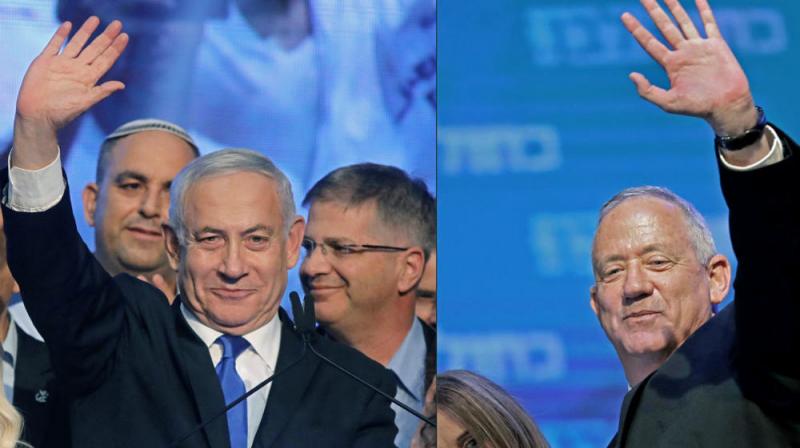 "During the elections, I called for the establishment of a right-wing government, but, sadly, the results of the elections have shown that this is not possible," said Netanyahu, pointing out that the nation did not definitively side with either bloc.

"The Right cannot form a coalition and there should be as broad a unity government as possible," he said.

"Therefore, there is no choice but to establish a wide unity government as wide as possible that's made up of all the officials that Israel called on," The Jerusalem Post quoted Netanyahu as saying.

Netanyahu also asked Gantz to meet with him as soon as possible to start the process.

"I call on you MK Benny Gantz. Benny, it's on us to establish a wide unity government today. The nation expects us, the both of us, to work together. Let's meet today. At any time, at any moment. In order to begin this process that is demanded of us at this time," said Netanyahu.

"We cannot and have no reason to go to a third election. I oppose it. The call of the hour is to form a broad unity government today, he said.