The convoy was travelling to Foah and Kefraya, besieged by rebel fighters. 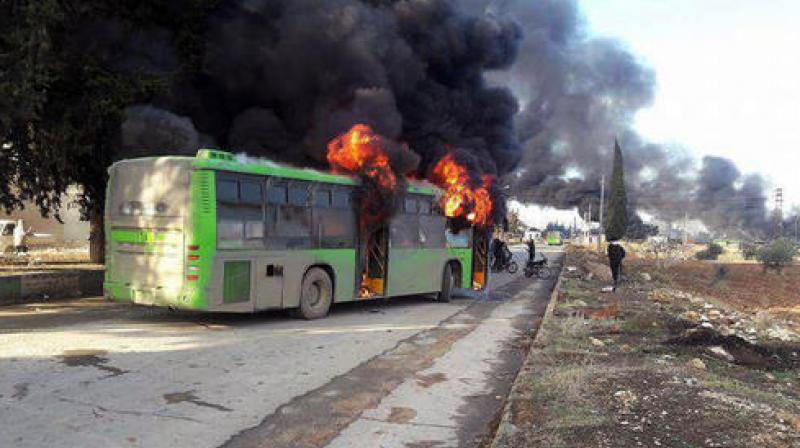 Beirut: Syrian rebels and pro-government forces reached a deal on Sunday to resume evacuations from east Aleppo in exchange for people being allowed to leave two Shi’ite villages besieged by insurgents.

Some buses and Red Crescent vehicles arrived at the entrance to the villages of al-Foua and Kefraya shortly after the deal was announced, according to al-Manar television, affiliated to the Lebanese group Hezbollah, an ally of Damascus.

However, several buses en route to evacuate the sick and injured from two government-held villages in Syria's Idlib province have been burned by rebels.

The convoy was travelling to Foah and Kefraya, besieged by rebel fighters.

State television broadcast pictures of flames coming from the green buses which have come to be synonymous with evacuations in Syria.

The entire deal would see 2,500 citizens leave al-Foua and Kefraya in two batches.