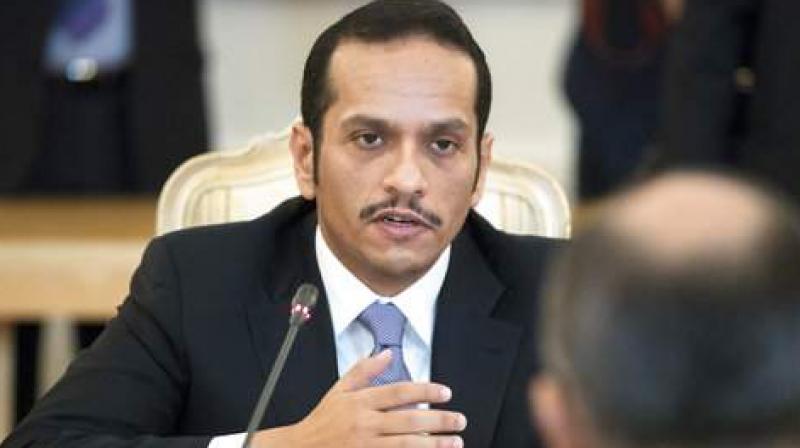 Sheikh Mohammed has called the demands by the four Arab countries 'unreasonable' and said setting a deadline impinged on Qatar's sovereignty. (Photo: AP)

Dubai: A government official in Qatar said Wednesday that the four Arab countries isolating the tiny Gulf nation have acted dangerously and in a "disorganized manner" after apparently changing their demands.

Saudi Arabia, the United Arab Emirates, Egypt and Bahrain said Tuesday that Qatar should commit to six principles on combatting terrorism and negotiate a plan to implement them. The four countries had initially made 13 sweeping demands, including shuttering the Arabic news network Al-Jazeera, which Qatar dismissed as an infringement on its sovereignty.

He said there has been no official communication made to Qatar directly or via the United States or Kuwait, which have tried to mediate the crisis.

"These latest comments are another example of the dangerous and disorganized manner in which the illegal blockade has been conducted," he said in an emailed response to questions from The Associated Press.

"At first there were no demands, but following pressure from mediating countries, the blockaders leaked a list of demands that was quickly deemed neither reasonable nor actionable," he added.

The apparently new list of six demands includes commitments to combatting extremism and terrorism, preventing financing and safe havens for radical groups, and suspending all acts of provocation and speeches inciting hatred or violence.

Qatar denies it has ever sponsored or supported terror groups and says the accusations are politically motivated.

Not on this list are the more specific demands from the original 13 points that Qatar close down Al-Jazeera, curb ties with Iran, kick out troops from NATO member Turkey, which has a base in Qatar, expel wanted Islamists and pay reparations for damages allegedly caused by its policies.

The four countries accuse Qatar of supporting groups like the Muslim Brotherhood, and say Qatar has given citizenship to wanted Brotherhood members and other Islamists.

The small Gulf country's foreign policy stances have at times sharply contradicted Saudi and Emirati policy in the Middle East. Qatar has backed Islamist opposition groups across the region, which Saudi Arabia, the UAE and Egypt deem a threat.