The Kremlin said President Vladimir Putin had been informed of the attack. 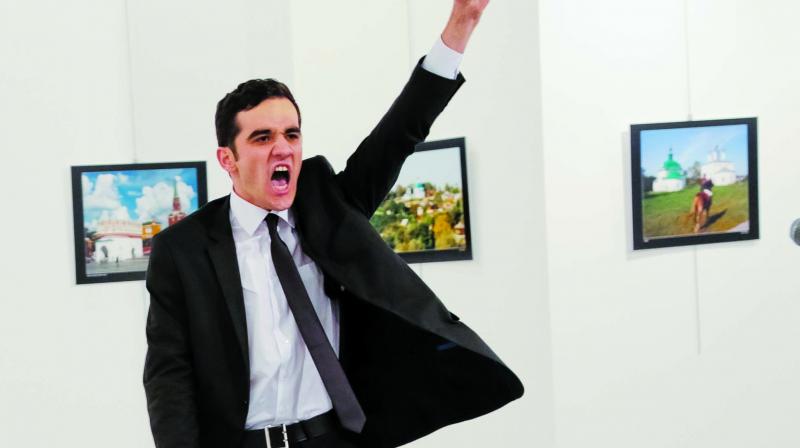 Istanbul: A Turkish policeman crying “Aleppo” and “revenge” shot dead Russia’s ambassador to Turkey at an art exhibition in Ankara on Monday, in what Moscow said was a “terrorist act”.

Andrei Karlov died of his wounds after the shooting, which occurred on the eve of a key meeting between the Russian, Turkish and Iranian foreign ministers on the Syria conflict.

Dramatic television footage showed a man in a dark suit and tie waving a gun and gesturing in the air at the Ankara exhibition hall. The state-run Anadolu news agency said the gunman had been “neutralised” in a police operation, without giving further details. 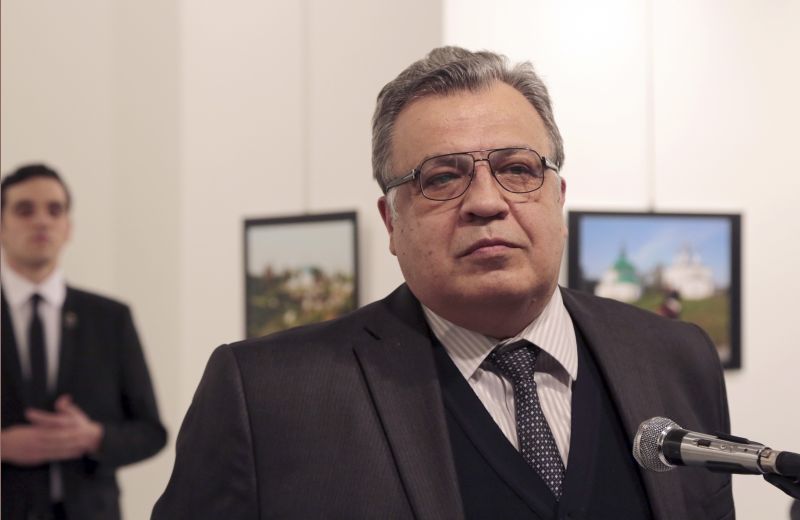 “Today in Ankara as a result of an attack the Russian ambassador to Turkey Andrei Karlov received wounds that he died from,” ministry spokeswoman Maria Zakharova said in televised comments.

“We qualify what happened as a terrorist act.”

The Kremlin said President Vladimir Putin had been informed of the attack. The incident came after days of protests in Turkey over Russia’s role in Syria, although Moscow and Ankara are now working closely together to evacuate citizens from the battered city of Aleppo.

Pictures published by the Hurriyet daily showed at least two men in suits lying flat on the ground as another man brandished a gun.