Will reach out to India again after 2019 elections, says Imran Khan

Imran Khan said he had tried to extend hand of peace to India, had not received a response, but hoped to resume efforts to improve ties. 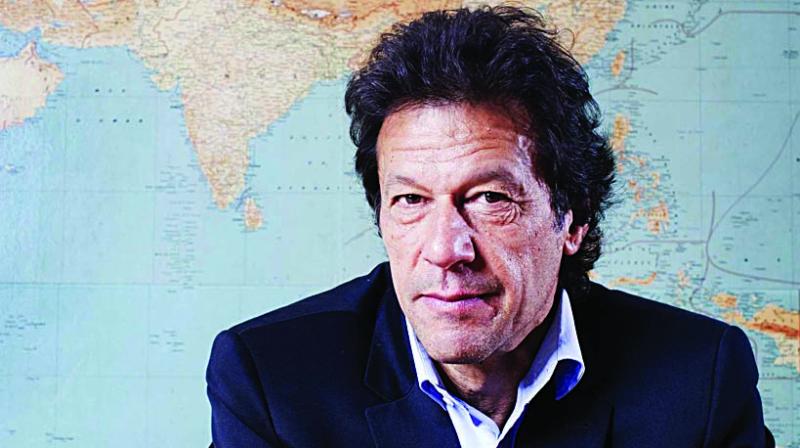 Khan is in Saudi Arabia for the second time this month seeking to shore up financial aid as the country reels from a looming balance of payments crisis. (Photo: File)

Riyadh: Pakistan is hoping to resume efforts to improve ties with India after the national elections in India next year, the country's Prime Minister Imran Khan said on Tuesday.

Khan said he had tried to extend hand of peace to India, and had not received a response, but hoped to resume efforts to improve bilateral ties.

"One thing Pakistan needs more than any other country right now is peace and security," he said at an investment conference in Saudi Arabia's capital, Riyadh.

In September, India called off the meeting between the foreign ministers of the two countries, planned for the sidelines of the UN General Assembly the same month.

The foreign ministry in New Delhi said at the time its decision was to protest against the killing of security personnel in Kashmir and a Pakistani postage stamp that it said was "glorifying" a terrorist.

Khan is in Saudi Arabia for the second time this month seeking to shore up financial aid as the country reels from a looming balance of payments crisis.

Khan at the conference also said that Pakistan is seeking loans from the International Monetary Fund (IMF) and friendly countries to reservice debt and shore up its economy.

"What we are hoping is that we do a bit of both, get a loan from IMF and other loans from friendly governments," Khan told an audience in Saudi Arabia.

Islamabad has already asked the IMF to open negotiations for the country's second potential bailout in five years.

Khan, who took office in July, has also been seeking alternatives to the tough conditions the IMF is likely to impose for loans.

Khan said the country also needs two oil refineries to meet demand, and it was talking to Saudi investors about the projects. Khan said Saudi Arabia's Crown Prince Mohammed bin Salman was organising a delegation of Saudi businessmen to invest in Pakistan.