At least 3 killed in suicide bombing attacks in Mosul

A second bomber managed to enter a shopping arcade and blew himself up among civilians, killing at least 2 and wounding 9, police said. 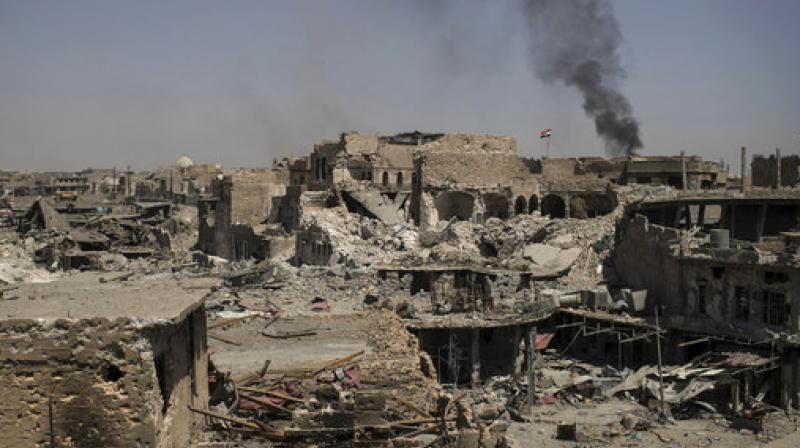 Smoke from an explosion rises during fighting against Islamic State militants in the old city of Mosul, Iraq. (Photo: AP)

Mosul: Suicide bombers attacked a shopping district of east Mosul that was retaken from the jihadists months ago, killing at least three people, medical and security officials said Saturday.

The attack struck the Muthanna neighbourhood late on Friday as residents shopped ahead of the Eid al-Fitr holiday marking the end of the Muslim fasting month of Ramadan.

"The first suicide bomber blew himself up as he was being stopped by a policeman, who died on the spot," a senior police officer said.

A second bomber managed to enter a shopping arcade and blew himself up among civilians, killing at least two and wounding nine, according to the same officer and a medic at Al-Khansaa hospital.

A third suicide bomber was killed by police before he could detonate his vest, the sources said.

The attack was not the first but among the bloodiest since Iraqi forces retook the eastern side of Mosul in January as part of a massive offensive to wrest back the country's second city from ISIS.

Residents in areas retaken from the jihadists have warned that sleeper cells remain a threat and that cursory screening has allowed many ISIS supporters to return to civilian life without facing justice.

There had been growing calls in east Mosul before Friday night's attack for the families of ISIS members to be banished for 10 years, among other measures.