Qatar is also reportedly preparing an official document responding to the list of demands put forth by the 4 Arab nations. 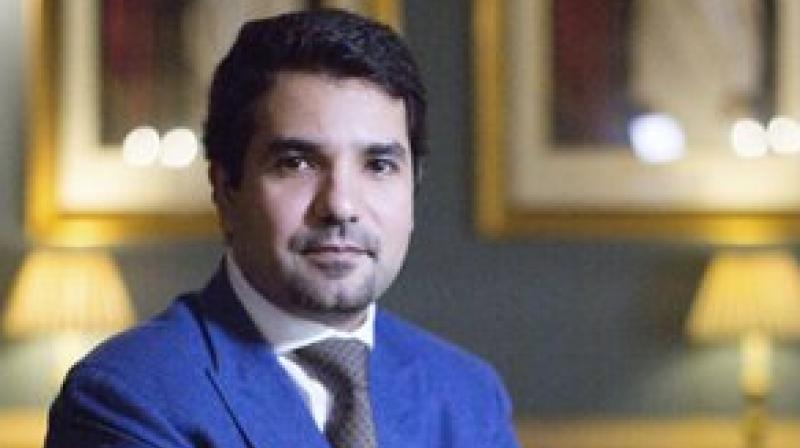 Doha: Responding to the list of demands handed over to Qatar by Saudi Arabia as the price for lifting a blockade on trade and diplomacy, Qatar's Ambassador to the United States Meshal bin Hamad Al Thani has asserted that it was an attempt to 'infringe' upon the state's sovereignty.

Taking to twitter, Ambassador Thani while criticising the list said Qatar is being punished for its independence.

The list is an attempt to suppress free media & freedom of speech. And infringe upon our sovereignty & punish Qatar for its independence.2/2

On Friday, Qatar dismissed the list of 13 demands submitted by four Arab countries as 'neither reasonable nor actionable', as reported by Al-Jazeera.

"This list of demands confirms what Qatar has said from the beginning - the illegal blockade has nothing to do with combating terrorism, it is about limiting Qatar's sovereignty, and outsourcing our foreign policy," Sheikh Saif bin Ahmed Al Thani, director of the Qatari government's communications office, said in a statement on Friday.

Qatar is also reportedly preparing an official document responding to the aforementioned list of demands put forth by the four Arab countries, led by Saudi Arabia.

On Friday, Qatar confirmed receipt of the list, which includes cutting back ties with Iran and closure of the Qatar-funded broadcaster Al-Jazeera, the most widely watched broadcaster in the Arab world, which the Saudi-led alliance claimed was a propaganda tool for Islamists that also undermines support for their governments

The list, according to media reports, also features reducing ties with Iran and closing a Turkish military base.

The list was handed to Qatar by Kuwait, which is mediating in the crisis. Qatar has been given 10 days to comply, reports the Guardian.

1. To only have trade ties with Iran that complies with US and international sanctions will be permitted. Curb all diplomatic ties and close its diplomatic missions in Iran. Expel members of Iran's Revolutionary Guard and cut off any joint military cooperation.

3. Shut down Al-Jazeera and its affiliate stations.

5. Immediately terminate the Turkish military presence in Qatar and end any joint military cooperation with Turkey inside Qatar.

6. Stop all means of funding for individuals, groups or organisations that have been designated as terrorists.

7. Hand over "terrorist figures" and wanted individuals from Saudi Arabia, the U.A.E., Egypt and Bahrain to their countries of origin. Freeze their assets, and provide any desired information about their residency, movements and finances.

9. Stop all contacts with the political opposition in Saudi Arabia, the UAE, Egypt and Bahrain. Hand over all files detailing Qatar's prior contacts with and support for those opposition groups.

10. Pay reparations and compensation for loss of life and other, financial losses caused by Qatar's policies in recent years.

11. Consent to monthly audits for the first year after agreeing to the demands, then once per quarter during the second year. For the following 10 years, Qatar would be monitored annually for compliance.

12. Align itself with the other Gulf and Arab countries militarily, politically, socially and economically, as well as on economic matters, in line with an agreement reached with Saudi Arabia in 2014.

13. Agree to all the demands within 10 days of it being submitted to Qatar, or the list becomes invalid.