Earlier in the day, PM Modi also launched the RuPay card, making the UAE only the second country after Bhutan to have the service launched. 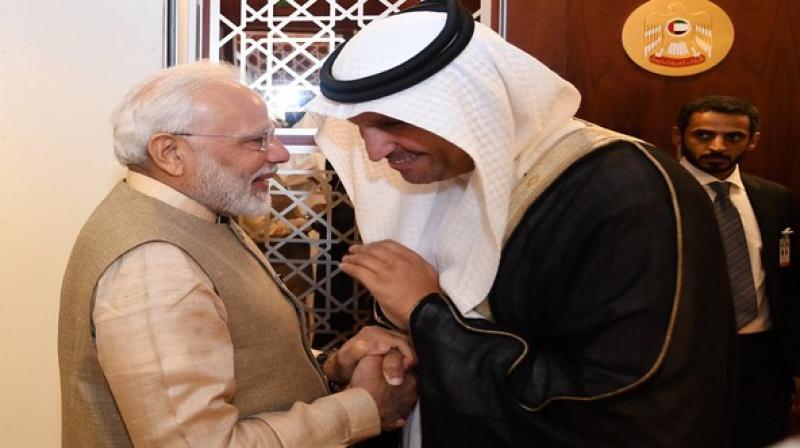 Earlier in the day, the Crown Prince conferred the UAE's highest civilian award -- Order of Zayed -- on Prime Minister Modi.

The award, which is named after Sheikh Zayed bin Sultan Al Nahyan, the founding father of the UAE, acquires special significance as it is being awarded to Modi in the birth centenary year of Sheikh Zayed.

PM Modi, who was on a two-day visit to the UAE, held 'fruitful talks' with the Crown Prince and discussed the full spectrum of bilateral relations.

The Crown Prince warmly welcomed the Prime Minister calling him his brother, who was coming to his "second home".

Earlier in the day, PM Modi also launched the RuPay card, making the UAE only the second country after Bhutan to have the service launched.

The Prime Minister reached Abu Dhabi on Friday after completing his first leg of a visit to France.

PM Modi has arrived in Bahrain where he will meet Prime Minister Prince Shaikh Khalifa bin Salman Al Khalifa. He will also call upon King of Bahrain Shaikh Hamad bin Isa Al Khalifa and other leaders.