The Islamic State group later claimed responsibility for the attack, according to the SITE intelligence group 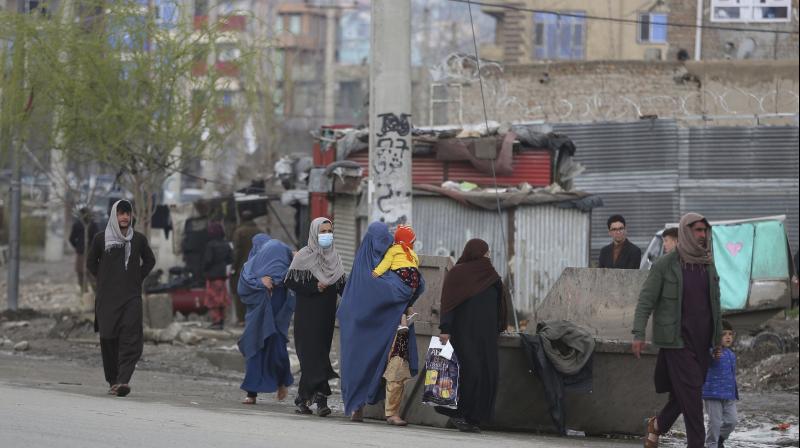 Afghan families leave the site of an attack in Kabul, Afghanistan. AP Photo

Kabul: Heavily armed gunmen and suicide bombers stormed a Sikh gurdwara in the heart of Afghanistan's capital of Kabul on Wednesday, killing at least 11 worshippers and wounding as many, in one of the deadliest attacks on the minority community in the country, according to a media report.

The Islamic State group has claimed responsibility for the attack, according to media reports.

The security forces have cordoned off the area, located in old Kabul, and are trying to counter the attack. They are locked in a continuing battle with the gunmen.

Police in Kabul said that at least 11 children were rescued from the gurdwara.

Sikh lawmaker Nardendar Singh Khalisa told reporters close to the scene that up to 150 people were praying inside the gurdwara when it came under attack.

The attack comes a day after the US said it would cut its aid to the government by USD 1 billion over frustrations that the political leaders could not reach an agreement and form a team to negotiate with the Taliban.

US Secretary of State Mike Pompeo visited Kabul on Tuesday in a bid to resolve a standoff between President Ghani and his rival Abdullah, who also proclaims himself president following a contested election.