A monitoring group said a first round of raids, which were likely carried out by Russian jets, targeted the village of Duwayleh in Idlib. 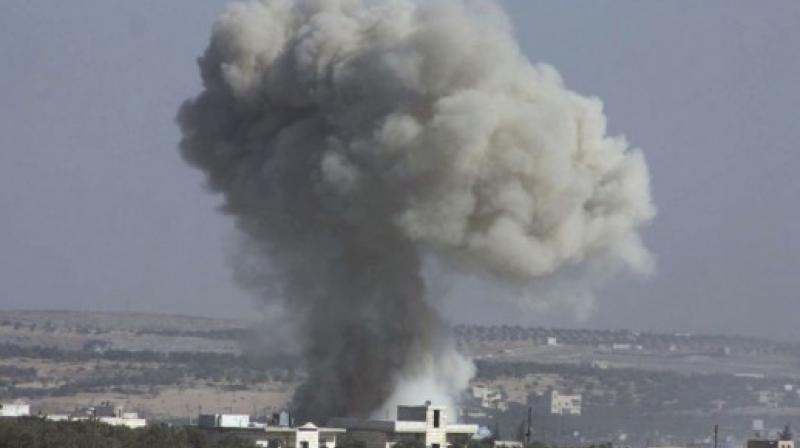 Beirut: Air strikes on a rebel-held village in northwest Syria on Tuesday killed 12 people and put a nearby field clinic out of service, a monitor said.

The Syrian Observatory for Human Rights monitoring group said a first round of raids, which were likely carried out by Russian jets, targeted the village of Duwayleh in Idlib province.

"As they were bringing wounded people to the clinic in nearby Kafr Takharim, new air strikes hit near the facility," said Abdel Rahman.

"They put the hospital out of service because of damage to its structure and to the equipment," he said. It was the second medical facility in rebel-held Idlib province to be targeted in four days, after a warplane on Saturday severely damaged a makeshift hospital set up in a cave.

That bombardment, near the opposition-controlled village of Abdeen, wounded five medical staff, according to the Observatory.

The World Health Organization has called Syria the world's most dangerous place for health workers. Idlib province has been under the control of rebel and jihadist groups since spring 2015 and is regularly bombarded by both Syrian and allied Russian warplanes.

In early April, at least 88 civilians were killed in a suspected chemical attack on Khan Sheikhun, a town further south in Idlib province.

The Organisation for the Prohibition of Chemical Weapons (OPCW) said last week that "incontrovertible" test results showed sarin gas or a similar substance had been used in Khan Sheikhun.