The 18th NAM Summit commenced on Friday, bringing together the heads of 120 member countries. 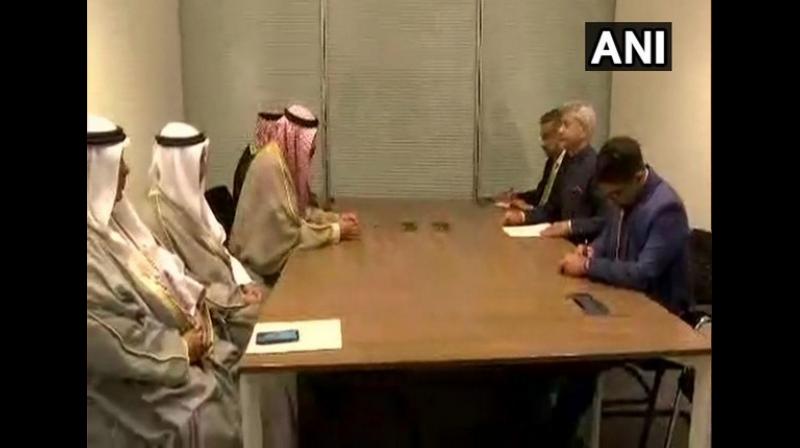 Baku: External Affairs Minister S Jaishankar on Saturday met with his counterparts from Kuwait and Bahrain on the sidelines of the Non-Aligned Movement (NAM) Summit here.

The 18th NAM Summit commenced on Friday, bringing together the heads of 120 member countries. India is a founding member of NAM, which is one of the largest gatherings of world leaders.

Kuwait has been an important trading partner for India. In 2017-18, Kuwait was the ninth largest oil supplier to India and it meets about 4.63 per cent of India's energy needs.

According to the Indian Embassy in Kuwait, India nationals legally residing in the oil-rich country has crossed the eight lakh mark. There are about 24,000 Indians working for the Kuwaiti government in various jobs like nurses, engineers in national oil companies and a few scientists.

In another tweet, Jaishankar said, said, "Great to see FM @khalidalkhalifa of Bahrain. Warm as always."

According to the Indian Embassy in Bahrain, there are around 350,000 Indian nationals residing in the kingdom.