The administration says the restrictions are needed to keep out terrorists while it tightens vetting procedures. 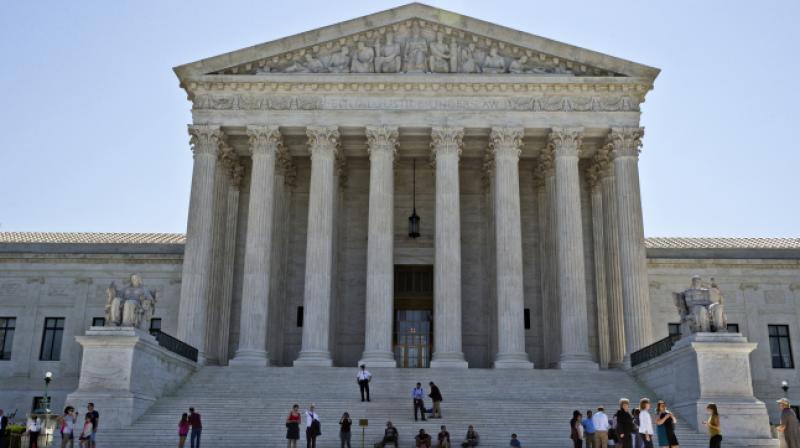 The US Supreme Court. (Photo: AP)

Tehran: Iran says the US Supreme Court’s decision to reinstate parts of a travel ban applied to six Muslim-majority countries is “racist” and “unfair.”

Foreign Ministry spokesman Bahram Ghasemi was quoted by state TV on Wednesday as saying it is “regrettable” that Washington “closes its eyes to the main perpetrators of terrorist acts in the US,” without elaborating.

The Supreme Court on Monday allowed President Donald Trump to forge ahead with a limited version of his ban on travelers from Iran, Syria, Sudan, Yemen, Libya and Somalia. The justices will hear full arguments in October in the case.

Critics say the ban is intended to meet Trump’s campaign promise of keeping Muslims out of the country. The administration says the restrictions are needed to keep out terrorists while it tightens vetting procedures.