Govt spokesperson Al-Thani said outsourcing their foreign policy would mean that no decisions would be made in Qatar. 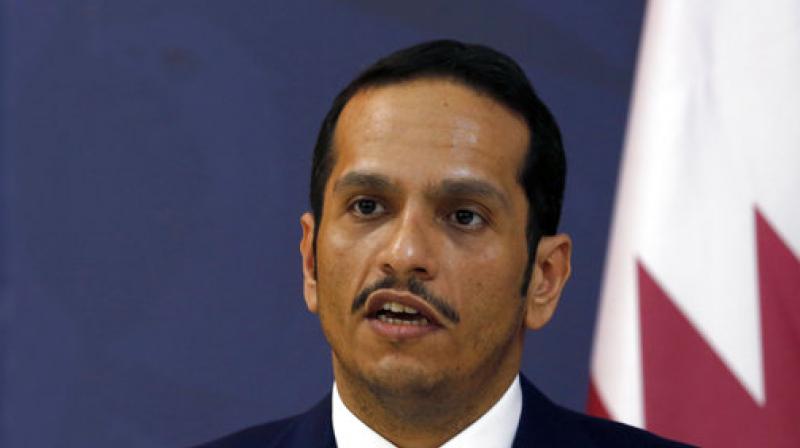 In the region's worst diplomatic crisis in years, Riyadh and allies have been boycotting Doha since June 5. (Photo: AP)

Doha: Qatar refuses to bow to Saudi-led demands to "outsource" its foreign policy to resolve the Gulf crisis, its government spokesman told AFP in an interview.

"What's behind this crisis of course is Qatari sovereignty and independence to put it very simply. It is about... outsourcing our foreign policy so that decisions are not made in Qatar, and that is something that will never be acceptable," he said.

Sheikh Saif said the Saudi-led bloc had laid down a new "ultimatum" on Tuesday by publishing a list of individuals and "terrorist" entities allegedly linked to Doha.

This "list, it's still an ultimatum, it's still something that is stalling resolving the crisis", the official said.

In the region's worst diplomatic crisis in years, Riyadh and allies have been boycotting Doha since June 5.

They have sealed the emirate's only land border, ordered its citizens to leave, and closed their airspace and waters to Qatari flights and shipping.

They are demanding that Qatar break its longstanding ties with the Muslim Brotherhood, blacklisted as a "terror group" by the four governments although not by the international community.

They also want Doha to close broadcasting giant Al-Jazeera and a Turkish military base, and to fall in line with Saudi-led policy in the region, particularly towards Iran.

Sheikh Saif insisted that "this crisis was again triggered by them not by us". Qatar was prepared to discuss "anything openly" as long as it does not impinge on the country's sovereignty and independence, he said.