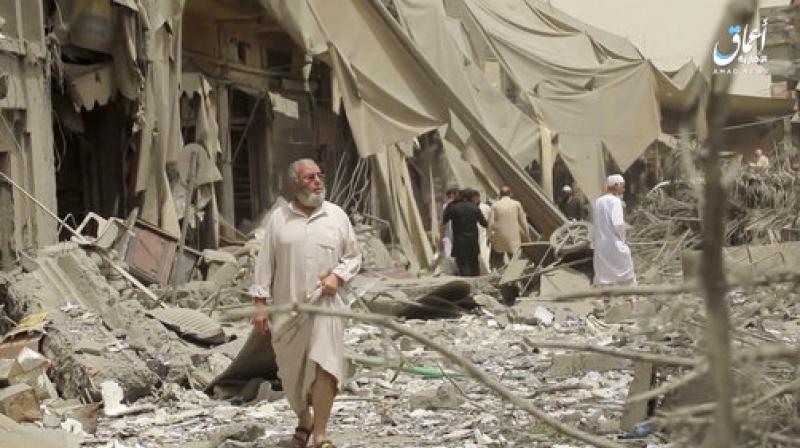 A media arm of the Islamic State group, shows people inspecting damage from airstrikes and artillery shelling in the northern Syrian city of Raqqa, the de facto capital of the ISIS. (Photo: AP)

Three children were among the dead in the regime-held Al-Joura district, according to the Syrian Observatory for Human Rights. "The shelling hit just before families were gathering to break the Ramadan fast," said Observatory head Rami Abdel Rahman. Besieged by ISIS since early 2015, the regime-controlled third of Deir Ezzor city is home to an estimated 100,000 people.

Most of the surrounding oil-rich province is also controlled by ISIS. "At least six mortar rounds hit the Al-Joura district. Daesh has been regularly hitting this neighbourhood with mortars," said Omar Abu Leila, an activist from Deir Ezzor 24, which publishes news on the city. He said over 40 people had been wounded, including women and children.

"Some of them are in critical condition, but the health situation in the neighbourhood is deteriorating because of the lack of staff, medicine, and medical equipment," he told. The World Food Programme has been dropping humanitarian aid into Deir Ezzor since April 2016, and Russian and Syrian government planes have also carried out their own independent air drops.