Once proud of itself about a tough approach to social distancing, the state now accounts for about 60% of Australia’s 17,300 cases 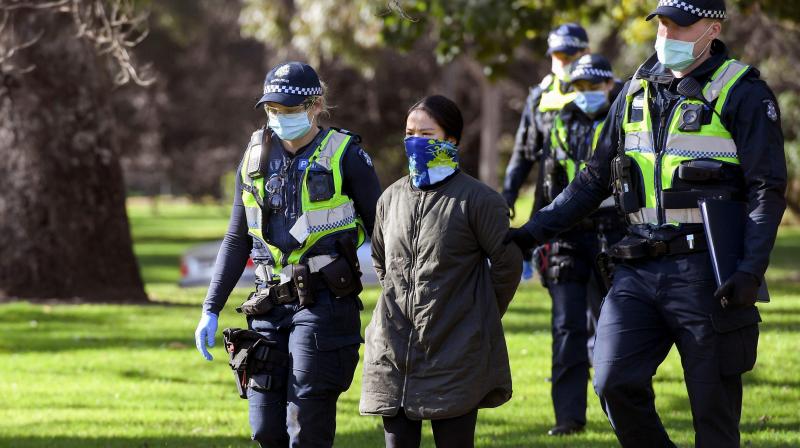 Melbourne: Australia’s second most populous state, Victoria, reported 397 cases of the new coronavirus on Saturday, down by more than a third from Friday, but authorities said they are considering further restrictions as numbers remain worrisome.

Three people died from factors related to COVID-19 in the 24 hours to early Saturday, Victoria Premier Daniel Andrews said. This brings the state’s deaths in the pandemic to 116 and Australia’s tally to 201.

“The numbers are too high and there is a growing case for us to do more,” Andrews told a televised briefing.

“This is a very significant number of new cases, and while there is always a temptation to try and read trends in these numbers, there is a growing concern in relation to the number of community transmission within the data.”

Victoria, where the capital Melbourne is under a reimposed six-week stay-home order, had prided itself early in the pandemic on a tough approach to social distancing. Now the state accounts for about 60% of Australia’s 17,300 cases.

On Thursday, the state, where wearing face masks is now mandatory, reported a record 723 infections and 13 deaths. Victoria reported 627 new infections and eight deaths on Friday.

Andrews had warned this week that Melbourne’s lockdown restrictions could be extended past the initial mid-August end date and further social-distancing measures taken if daily case numbers remained high.

On Saturday he said that “active consideration” is being given to new steps but would not reveal any details.

“It’s not a tap you can just turn on or off, and they are not decisions that would be taken lightly because there are significant costs,” Andrews said.

Neighbouring New South Wales, Australia’s most populous state, reported 17 cases of COVID-19 and one death on Saturday - the state’s first death in more than a month.