The travel restriction comes after New Zealand recorded 23 new COVID-19 cases in managed isolation on Thursday, of which 17 came from India 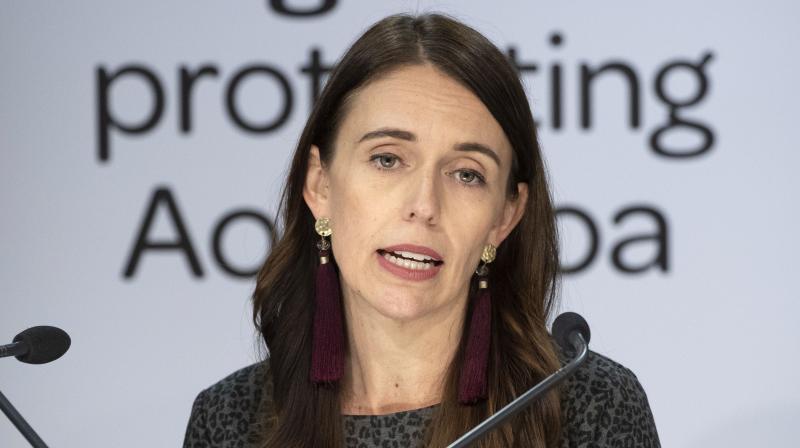 While arrivals from India had triggered the risk assessment, Prime Minister Ardern said the Government would be looking at risks posed by other COVID-19 hotspot countries. (Mark Mitchell/New Zealand Herald via AP)

Melbourne/Wellington: Prime Minister Jacinda Ardern on Thursday announced that New Zealand will temporarily suspend the entry for all travellers, including its citizens, from India for about two weeks from April 11 due to a surge in COVID-19 cases among visitors to this country.

The ban will begin on Sunday and will remain in place until April 28, she said. While arrivals from India had triggered the risk assessment, Prime Minister Ardern said the Government would be looking at risks posed by other COVID-19 hotspot countries, the New Zealand Herald reported.

The travel restriction comes after New Zealand recorded 23 new positive coronavirus cases in managed isolation on Thursday, of which 17 came from India, the report added.

"This is not a permanent arrangement but rather a temporary measure," Ardern said, adding that the temporary hold would also help reduce the risk that travellers themselves faced.

The ban covers all travellers, including New Zealand citizens and permanent residents.

While there have been previous travel bans on travellers from some countries, New Zealand has never suspended travel to New Zealand citizens and residents, Ardern said, adding that she absolutely understands the difficulty that this temporary suspension will cause for Kiwis in India.

But I also feel a sense of responsibility and obligation to find ways to reduce risks that travellers are experiencing, she said.

Health teams would use the time until April 28 to try and plan safer ways to accept travellers from India.

But there were no guarantees officials would come up with a better solution, she said.

"We haven't identified anything obvious ... but we have to try and do better," Ardern said.

She wanted to look at the quality of a polymerase chain reaction (PCR) COVID-19 testing in other countries and whether tests were being taken in the 72 hours before departure.

New Zealand has not reported any community transmission locally for about 40 days.

COVID-19 cases were spiking again, particularly in India and Brazil, and New Zealand was not immune, Ardern said.

The government had been reviewing its border settings in recent weeks, Ardern said, adding that ultimately New Zealand wanted to see fewer cases arriving in the country.

COVID-19 cases in India hit a record high. India recorded 1,12,389 new cases on Wednesday, according to a PTI tally, taking the overall count to 1,29,14,174. The single-day rise in coronavirus cases breached the one-lakh mark for the third time in four days. India saw a record daily rise on Tuesday, with over 1.15 lakh new infections.