Australia slashes citizen returns by half as virus surge worsens 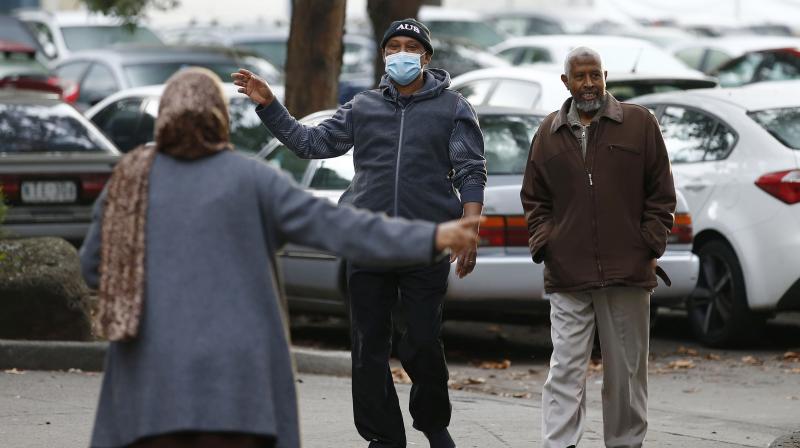 People gesture to each other as they walk outside public housing towers that are a hotspot for COVID-19 in Melbourne in Melbourne, Friday, July 10, 2020. (AAP Image via AP)

Sydney: Australia will slash the number of returning citizens allowed into the country by half as it struggles to contain an outbreak of coronavirus in its second-largest city, officials announced Friday.

From Monday, only 4,000 Australian citizens or permanent residents will be allowed back into the country each day, down from around 8,000 currently, Prime Minister Scott Morrison said.

The announcement came as officials in the state of Victoria reported a record 288 new COVID-19 cases mainly in the state capital, Melbourne.

Some five million residents of greater Melbourne were ordered into a six-week lockdown this week in an effort to curb the outbreak, which has rattled a nation that had successfully contained the epidemic in most areas weeks ago.

Health authorities said it would take several weeks to know if the Melbourne lockdown has succeeded in stemming the surge.

Australia closed its international borders to all but returning citizens and permanent residents in late March as coronavirus mounted.

All returning travellers have been put in mandatory hotel quarantine, stretching resources in the country's main cities.

Morrison said the cap on returning Australians would remain in place until the Melbourne epidemic is contained.

Health and security breaches in quarantine hotels in Melbourne have been blamed for sparking the outbreak there, and nationwide returning overseas travellers have accounted for the majority of COVID-19 cases in Australia.