The infections outside Auckland come despite a strict lockdown, including masked police blocking roads to seal its borders 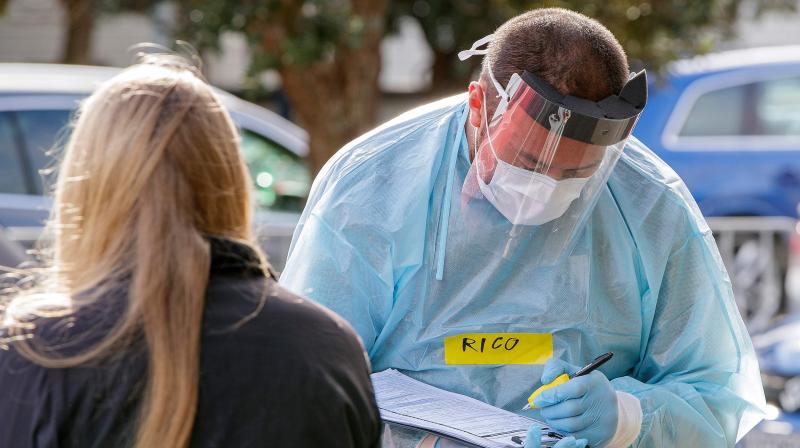 Health Minister Chris Hipkins said there were 12 more cases of community transmission, and one probable, following the shock re-emergence of the virus in Auckland this week.

He said two of the infections were found in the North Island town of Tokoroa, around 210 kilometres (130 miles) south of Auckland.

The infections outside Auckland come despite a strict lockdown in New Zealand's largest city, including masked police blocking roads to seal its borders.

Hipkins played down fears the failure to ringfence infections to Auckland meant the virus could now be rampant elsewhere.

"All of the cases so far are connected, they are all part of one Auckland-based cluster, that's good news," he said, adding that the Tokoroa cases were identified quickly.

"We've seen no evidence of a COVID-19 case outside of Auckland that is unrelated to the cluster we are dealing with."

Prime Minister Jacinda Ardern is set to announce later Friday whether Auckland's lockdown will be extended, and whether the area affected by the restrictions should be enlarged beyond the city.

Case numbers have continued to rise as health authorities desperately scramble to find the source of the infection, which has still not been identified.

In just four days, New Zealand has gone from a transmission-free haven to contemplating national lockdown.

National health director-general Ashley Bloomfield acknowledged feelings were running high but urged the public not to take out their frustrations on frontline health workers.

"We've had reports of healthcare workers, who are doing their best to provide testing for people, being verbally abused and even attacked," he said.

"This is completely unacceptable," he added, declining to provide further details."