Since 2014 nearly 3,000 New Zealanders in Australia have had their visas cancelled ‘on character grounds’ 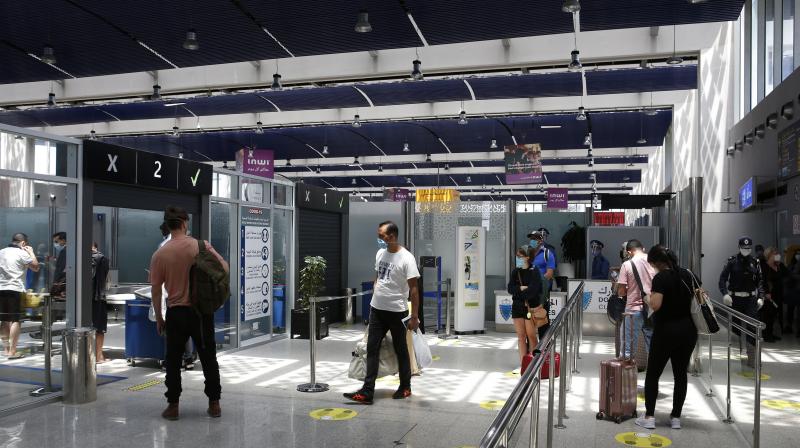 Sydney: Australia has resumed deporting New Zealanders on "character grounds" despite the coronavirus halting international travel and anger in the neighbouring nation over the controversial policy.

The Australian Border Force (ABF) said Thursday it had sent home 31 New Zealanders on two charter flights this week, including a former biker gang boss and several others convicted of violent crimes.

Since 2014 nearly 3,000 New Zealanders in Australia have had their visas cancelled "on character grounds" -- which under the law does not always require a criminal conviction.

Group deportations had been paused since March as Australia closed its borders to nearly all international travel to counter the coronavirus epidemic.

The policy has infuriated New Zealand authorities, who say many of those deported have lived most of their lives in Australia.

"Many of them have only a very minor connection to New Zealand," Health Minister Chris Hipkins said earlier this week.

"We're receiving them because we're obliged to, but it would be wrong to say that we're happy about it."

But in announcing the latest flights, ABF field operations commander Ben Biddington insisted "non-citizens who do not satisfy the character test have no right to remain, and will be removed from Australia".

Earlier this year New Zealand Prime Minister Jacinda Ardern accused Australia of sending back people who were not "genuine Kiwis".

"Look, I have been absolutely clear -- this is corrosive to our relationship," Ardern said, at a joint press conference with Australian Prime Minister Scott Morrison in February.

"Do not deport your people and your problems."

Morrison, a conservative leader who touts his tough border policies, brushed her complaint aside.

"If you are not a citizen of Australia, and you violate our laws, then under my government's policies, you will not be allowed to remain in Australia," he said.