'No responsibility for 50 deaths,' says dealer who sold arms to NZ mosque killer 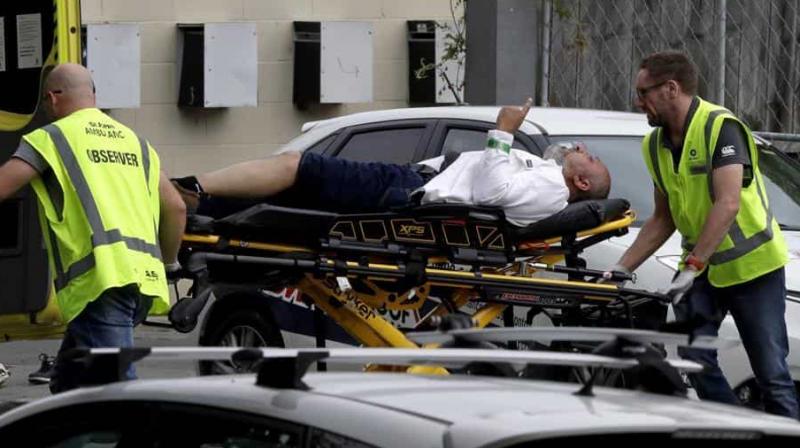 Tipple said the military-style semi-automatic (MSSA) the gunman was seen using did not come from his store.(Photo: File)

Christchurch: The New Zealand arms dealer who sold weapons to the suspected mosque attacker said Monday he felt no responsibility for the deaths of 50 worshippers who were gunned down.

Tipple refused to answer direct questions about the use of firearms sold from his shop, indicating this was not the time for a debate about guns. Asked if he held any sense of responsibility, Tipple said: "No, I do not."

He added he would continue to sell weapons to anyone with the same credentials as the gunman. It was the responsibility of the police to vet firearms licence applications, he said.

Latest available statistics show police approved 99.6 per cent of nearly 45,000 applications in 2017 when Tarrant received his licence. Tipple said the military-style semi-automatic (MSSA) the gunman was seen using did not come from his store.

"We didn't sell him a rifle used in the incident. I watched the video, I saw the rifle, and I know for sure where it came from -- if it has the serial number that I expect -- and it was not from any Gun City affiliated store," he said.

Tarrant obtained his standard "A-category" firearms licence in November 2017 and bought four weapons over four months using an online service, Tipple said, adding Gun City had records of the purchases and had provided full details to the police. Amid a public outcry across New Zealand, including the banning of semi-automatic weapons, Tipple said he would not be proactive and withdraw AR15s from sale but would do so if required by law.

Tipple rejected reports of "panic buying" of weapons after Prime Minister Jacinda Ardern said gun laws would be tightened in the wake of the massacre. "It's a lie. There's been a number of people wanting to sell their semi-automatic firearms as a result of the incident."