Laeticia Brouwer was on holiday and went surfing with her father near Wylie Bay late Monday afternoon, police said. 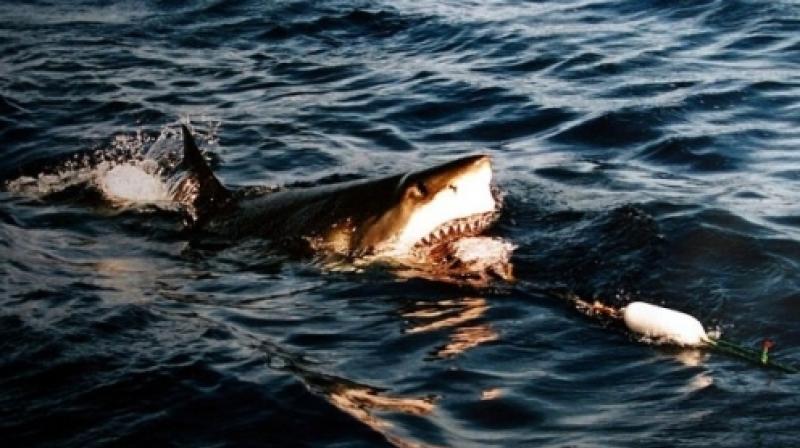 Brouwer was the third person killed by a shark off Western Australia in the past 12 months. (Photo: AP)

Canberra: A 17-year-old girl has died after being mauled by a shark in full view of her parents on Australia's southwest coast, authorities said Tuesday.

Laeticia Brouwer was on holiday and went surfing with her father near Wylie Bay late Monday afternoon, police said.

The girl had lost a leg and was bleeding heavily when she was pulled from the water and rushed to hospital in the Western Australian town of Esperance.

Her mother and two younger sisters witnessed the attack from the beach and alerted emergency services.

"Father and daughter were surfing out where the waves were breaking and that's where the attack occurred," Acting Senior Sergeant Ben Jeffes told reporters.

"The father obviously tried everything he could to save his daughter.

"He's brought her to shore and then the family have contacted emergency services."

The West Australian newspaper said he "heard her scream before she was pulled under water by the shark.

"When she resurfaced, her father paddled over and dragged her to the shore with the help of another teenager."

"Condolences to the family and friends of the victim involved in today's tragedy," Esperance police tweeted. "Devastating circumstances".

Family spokesman Steve Evans read a statement saying "the ocean was her and her family's passion.

Local authorities closed Wylie Bay beach until further notice and people were urged to stay out of the water.

The fisheries department was patrolling the area Tuesday and spokesman Russell Adams said a great white was likely responsible for the attack.

"Since 2000 all fatal attacks in WA (Western Australia) have been caused by great whites, so you could assume safely it was a great white but we can't say for sure," he told reporters.

A man lost his left arm and right hand when two great whites attacked him at Wylie Bay in October 2014.

Brouwer was the third person killed by a shark off Western Australia in the past 12 months.

A 29-year-old man died in June following an attack at Falcon Beach, near Mandurah, and the same month a great white killed a 60-year-old woman near the state capital Perth.